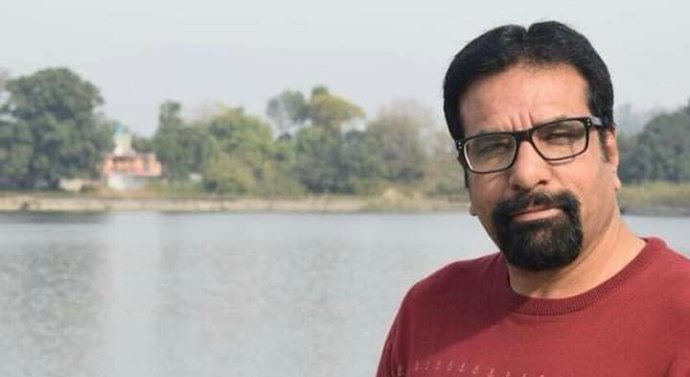 Srinagar, June 02: Militants on Wednesday shot dead a municipal councilor in Tral area of south Kashmir’s Pulwama district, police said. A woman was injured in the shooting, reports said.
A police spokesman said that Rakesh Pandita, who was visiting Tral without his personal security officers, was fatally shot by militants. “Despite provided two PSOs and secured hotel accommodation in Srinagar, the said councilor went to Tral without PSOs,” said the spokesman on Twitter. “Area [has] been cordoned off and search is going on.”
Quoting a police officer, news agency GNS reported that Pandita, a resident of Tral Bala-C, was fired upon by three unidentified militants while he was visiting a friend at Tral Payeen.
He said Pandita died on the spot while a daughter of his friend was seriously injured in the shooting.
The woman, identified as Asifa Mushtaq, was shifted to SMHS hospital in Srinagar for treatment, said the officer.