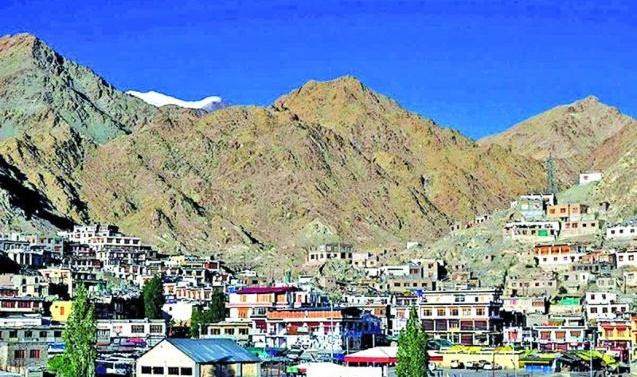 The Ladakh Tourist Trade Alliance an amalgam of various trade, tourism, religious and political organisations in Leh on Wednesday passed a resolution to oppose investment by outsiders in the tourism sector of the Union territory of Ladakh, and threatened imposition of “restrictions” on such investors in the form of non-cooperation by the travel trade fraternity as well as community and political organisations,”.

“The resolution seeks preservation of Ladakh as a unique tourist destination and for protection of the avenues of entrepreneurship and livelihood of the local people, to safeguard the fragile ecosystem and oppose investment, in any form, in the tourism sector from outside the region,” LTTA chairman P T Kunzang told reporters in a press conference in Leh.

“It was further resolved that during any instance of exploitation of this valuable local resource base in the shape of investment from outside sources, hidden or declared, direct or through any local agency, the local community and trade bodes will impose restrictions against such individuals, businesses or tourist trade enterprises, reads the resolution. “It was not until 1974 that the restriction on tourism trade was lifted from the region. From welcoming a total of 527 tourists that year to 3.27 lakh in 2018, the fast growing tourism sector not only contributes immensely to the local economic growth but has also evolved as a primary source of income and employment with the majority of the total population being dependent on the sector,” it added.__GK News