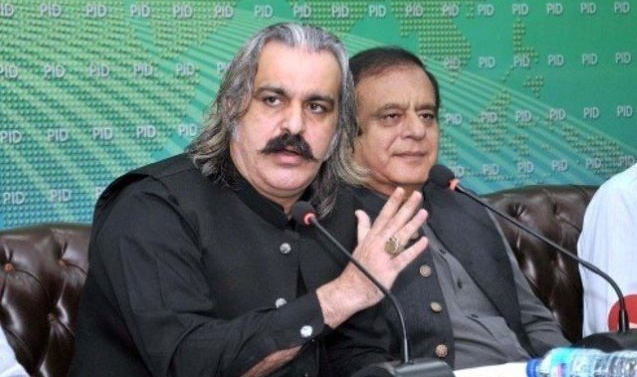 GILGIT: The (Pakistan’s) Ministry of Kashmir Affairs and Gilgit-Baltistan (KA&GB) has apparently made a mockery of regional government after it drastically curtailed G-B government’s powers, making it a subordinate department of the federal government.

“All projects’ directors to approach ministry of KA&GB through P&M Wing directly, without involving respective departments, Government of G-B,” reads a letter issued by KA&GB Islamabad on April 6, 2021.

The official handout was referring to Public Sector Development Programme (PSDP) projects being implemented in the region.

The development has raised serious questions over intention of the federal government that has repeatedly claimed in the recent past to grant provincial status to G-B via constitutional amendment.

“All equipment/vehicles/stationaries shall be returned to minister of KA&GB after completion of project for placing in a proper way,” read the official letter.

Similarly, the regional government of G-B, headed by Chief Minister Khalid Khursheed, has also been informed that “the mandate in the affairs of PSDP projects will vest in the ministry, and no other authority without the approval of secretary KA&GB shall perform the same”.

It further said “the opening bids for award of contract/consultancy shall be carried out in ministry, or outside of ministry with prior approval of secretary, KA&GB.”

The letter has over a dozen points that left the regional government ineffective in regard to PSDP projects being executed in G-B.

“This is simply an insult to the regional government authority as G-B has been reduced to a subordinate department,” said former G-B chief minister Hafeezur Rehman. “During my tenure, we had even brought back powers of the principal accounting officer from Islamabad but sadly that has now been surrendered,” Rehman told The Express Tribune on Saturday.

Opposition leader in G-B Assembly Amjad Hussain termed the withdrawal of G-B government powers a plan made well before elections for corruption.

“The intensions of federal government were quite clear from day one when they decided to install a weak government in G-B,” Amjad Hussain, who is also president of PPP in G-B, said.

He said the withdrawal of G-B government powers would open up floodgates of corruption for the federal government.

When contacted, G-B Finance Minister Jawaid Manwa said the matter would be taken up with the higher authorities soon.__Tribune.com