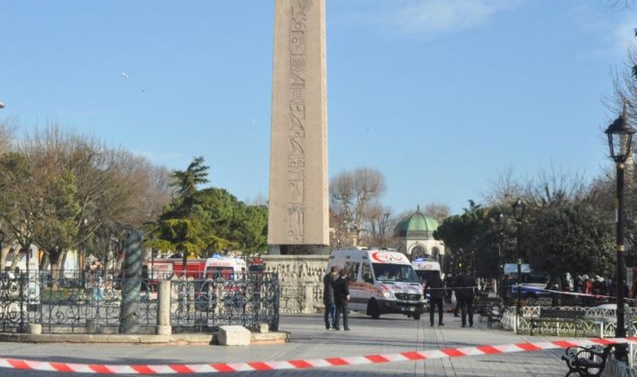 ISTANBUL: A Turkish court on April 6 sentenced four men to life in jail over a 2016 suicide bombing in the heart of Istanbul that killed 12 German tourists and was blamed on ISIL.

The blast ripped through Istanbul’s historic Sultanahmet square in January 2016 – near the iconic Blue Mosque and Hagia Sophia, among the world’s most visited tourist sites.

The government blamed the attack that wounded 16 others on the ISIL group but the militants never claimed responsibility and the defendants have denied their involvement.

The court in Istanbul sentenced four suspects – whose nationality was not stated – to life in jail, saying that the attack represented “an attempt to violently overthrow the constitutional order,” the private DHA news agency reported.

Each was also sentenced to 328 years and four months in prison for premeditated murder, the news agency said.

Eighteen other suspects were acquitted, it said.

In 2018, Turkish judges sentenced three Syrian nationals to life in prison for their involvement in the bombing but an appeals court overturned that verdict.

Turkey was shaken by a spate of attacks in 2016 blamed on the ISIL and PKK terrorists. __Hurriyet