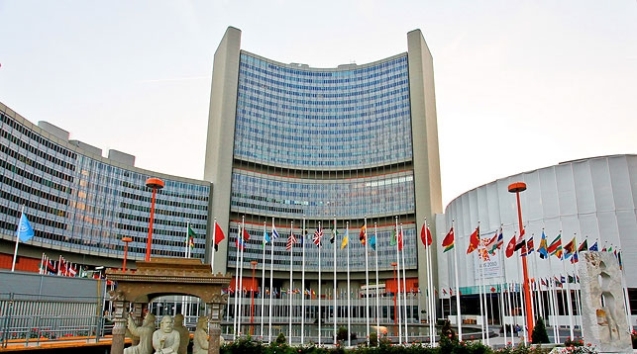 Iran and the major world powers still party to a 2015 nuclear deal have met for talks in Vienna, Austria as attempts to return the United States to the landmark accord intensify.

Talks were held in the city’s Imperial and Grand hotels between representatives of Iran, China, Russia, Germany, France and the United Kingdom.

The countries will continue to discuss ways to revive the Joint Comprehensive Plan of Action (JCPOA) that former US President Donald Trump unilaterally abandoned in May 2018, Iran’s deputy foreign minister told state television on Tuesday following the meeting.

“The talks in Vienna were constructive … our next meeting will be on Friday,” Abbas Araghchi, who is leading the Iranian delegation in Vienna, told Press TV.

“We continue to reject any agreement concerning the release of $1bn of Iranian money [frozen in South Korea] in exchange for stopping 20 percent uranium enrichment,” he said in reference to an offer that the US reportedly put to Iran shortly before the Vienna talks began.

Russia’s delegate Mihkail Ulyanov said on Twitter that the meeting was “successful”.

“The restoration of JCPOA will not happen immediately. It will take some time. How long? Nobody knows,” he wrote. “The most important thing after today’s meeting of the Joint Commission is that practical work towards achieving this goal has started.”

A US delegation was also in the same city trying to save the accord, but the team led by Special Envoy to Iran Robert Malley did not take part in the talks with other world powers, as Iran has said it will not directly negotiate with the US until all harsh sanctions imposed by Trump and still enforced by President Joe Biden are lifted.

Supreme Leader Ali Hosseini Khamenei has said Iran will immediately scale back its enrichment of uranium and deployment of advanced centrifuges after the country can verify US sanctions have been lifted, but is “in no hurry” as it is also trying to “nullify” sanctions through local production.

Iran’s delegation in Vienna, led by Araghchi, also consists of representatives from the country’s central bank, the ministry of petroleum, and the atomic energy organisation as the sanctions primarily target Iran’s financial sector and oil transfer.

According to the Iranian foreign ministry, the Vienna talks include “technical negotiations in the form of expert meetings” in order to figure out how US sanctions can be lifted and how Iran can come back into full compliance with the deal.

Therein lies the complexity of the talks, as US sanctions have targeted a number of Iranian individuals and entities with multiple designations – including those on “terrorism” and human rights abuses.

Moreover, Iran has said it will under no circumstances accept a “step-by-step plan” and only expects the US to take the “final step” of lifting all sanctions.

Iran’s government spokesman Ali Rabiei on Tuesday said the country welcomed US special envoy Malley’s recent comments that Iran will need to enjoy the economic benefits it was promised under JCPOA in the form of sanctions being lifted.

“I can’t discuss further details but we eagerly await the implementation of this constructive stance and hope that at the end of talks under way in Vienna, we can reach a clearer representation of seriousness and honesty in implementation of commitments,” he told a press conference in Tehran.

Malley’s comments also dismayed senior officials in Israel, which fervently opposes the nuclear deal and any compromise with Iran, as they called the comments “very troubling”.

Meanwhile, conservatives and hardliners in Tehran, who have also opposed the accord and have been emboldened ahead of presidential elections in June – in which moderate President Hassan Rouhani cannot stand again – are continuing their assertions in carving a role in the negotiations.

At least two lawmakers said Iran should require a minimum two-month period to verify the lifting of sanctions.

“If they have precise demands, such as the 3.67 percent [uranium] enrichment ceiling, we should have precise conditions,” Tehran representative Ehsan Khandoozi tweeted.

He named those conditions as 2.3 million barrels of oil per day in exports, the release of billions of dollars of Iranian money frozen outside the country, and $4bn worth of international transactions per month.

On Sunday, several lawmakers signed a public statement that said the implementation of any agreement over sanctions lifting with the US would have to be approved by the parliament.__Al Jazeera