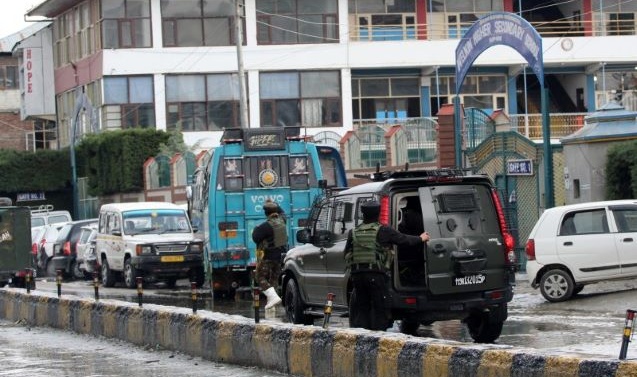 A municipal councilor and a Special Police Officer were killed and another councilor injured in alleged militant attack in Sopore area of north Kashmir on Monday afternoon, police said.

A police spokesperson confirmed on Twitter the death of councilor, Reyaz Ahmad Peer son of Ghulam Nabi Peer of Ningli Sopore and SPO Shafqat Nazir Khan son of Nazir Ahmad of Mundji Sopore in the attack.

Peer has been shifted to hospital for treatment. Block Medical Officer Dr Rudiyana too confirmed to GNS the death of Reyaz Ahmad and the SPO and injuries to Shams Din.

Police said that investigation into the case is underway.

A CRPF man injured in a militant attack in Lawaypora area of Srinagar last week, succumbed to injuries at hospital here on Monday, taking the number of the paramilitary men killed in the attack to three, officials said.

Police have said that the attack was carried out by Lashker-e-Toiba and claimed arrest of two OGWs in connection with the incident.__GK News