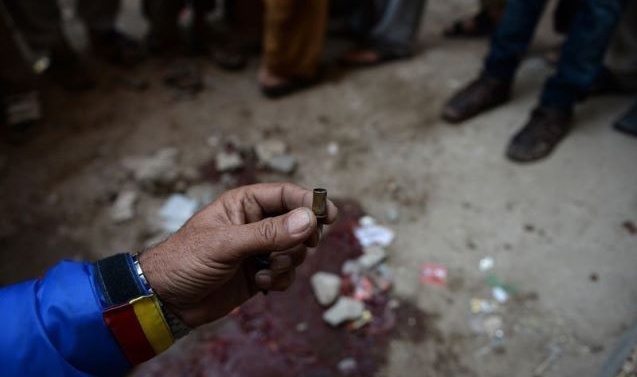 SUKKUR: A journalist associated with a private news TV channel was gunned down here on Thursday.

A group of armed men opened fire on Ajay Laalwani, a reporter of Royal News TV, when he was sitting at a barber shop. He suffered injuries and was taken to Civil Hospital, Sukkur, where he died during treatment. The killers fled the scene.

The incident created panic in the area, especially among the journalist fraternity.

The Sindh Journalists Council has appealed to the Sindh chief minister and inspector general of the police to take action for an early arrest of Mr Laalwani’s killers.

Two days ago, another journalist, Sahil Jogi of Samaa TV, was allegedly tortured by the police when he was covering a protest against the death of a Sindh University student, Irfan Jatoi, in what police claimed to be an encounter.

Sukkur Police registered cases against Sahil Jogi and other journalists and charged them with criminal offences, including terrorism.__Dawn.com