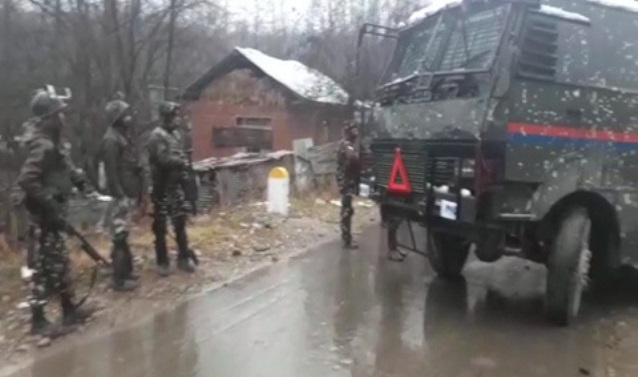 Four LeT militants were killed and an army trooper injured in a gunfight in Manihal area of south Kashmir’s Shopian district on Wednesday, police said.

The gunfight broke out around midnight after forces cordoned off the area following inputs about the presence of militants there.

While police claimed that four LeT militants were killed in the gunfight, news agency GNS while quoting official sources reported that an army soldier was also injured in the exchange of fire.

As per the GNS report, one AK-47 rifle and two pistols were recovered from the slain militants.__GK News