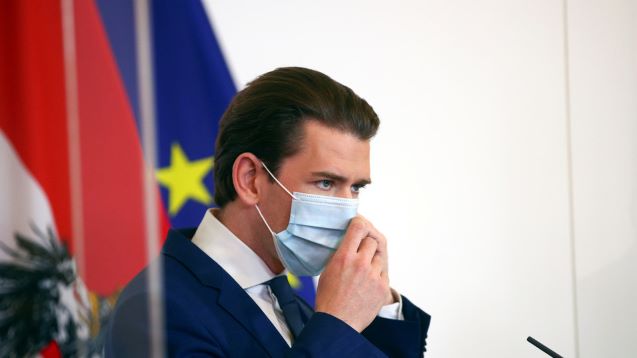 Leaders of several central and European countries are pressing the European Union to set up a “corrective mechanism” to address what they say are inequalities in the distribution of vaccines within the 27-nation bloc.

Austrian Chancellor Sebastian Kurz hosted his Czech, Bulgarian and Slovenian counterparts in Vienna Tuesday, with the Latvian and Croatian leaders joining by videoconference, to press a point he first raised last week.

The leaders say that, although the EU had agreed on distribution of the vaccines on a per-capita basis, some countries have received considerably more than others.

Kurz said that some member countries may be able to vaccinate their population by mid-May but others may take up to 10 weeks longer, and “that will lead to tension within the European Union and wouldn’t be understood by Europeans.”

He said countries are in “good contact” with European Commission President Ursula von der Leyen and European Council President Charles Michel, and hope for a solution.

Bulgarian Prime Minister Boyko Borissov said elections are taking place in his country in two weeks (April 4) and “we want to vaccinate people so that they can vote in peace.”

Kurz also said he hopes for a “clarification” from the European Medicines Agency after Austria decided on its own experts’ advice not to suspend the AstraZeneca vaccine.

“There is a kind of a patchwork quilt within Europe that is not ideal — that some countries are using a vaccine and others aren’t,” Kurz told reporters in Vienna. “That unsettles people, so I hope that these questions are cleared up quickly.”

The usage of AstraZeneca’s coronavirus vaccine has been suspended in many countries over reports of dangerous blood clots in a few recipients.__EuroNews