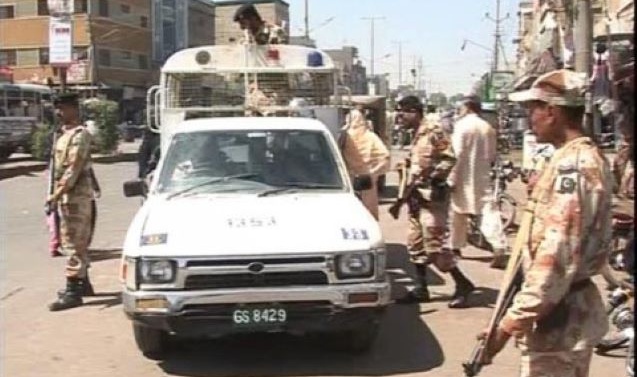 KARACHI: One Rangers official was martyred and eight persons were injured as a blast took place in the city’s Orangi Town number 5 area on Monday.

According to Geo News, the blast took place near a Rangers vehicle. The intensity of the blast, according to eyewitnesses, was so severe that people nearby were knocked to the ground.

More than two Rangers officials were injured in the attack. The injured have been shifted to a nearby hospital for treatment.

Police said the blast could have been caused by a bomb planted on the road or explosive material installed on a motorcycle near the site. However, it couldn’t be verified further.

A few among the eight injured in the blast have suffered serious wounds. Rangers and police personnel arrived shortly after the blast and cordoned off the area.__The News