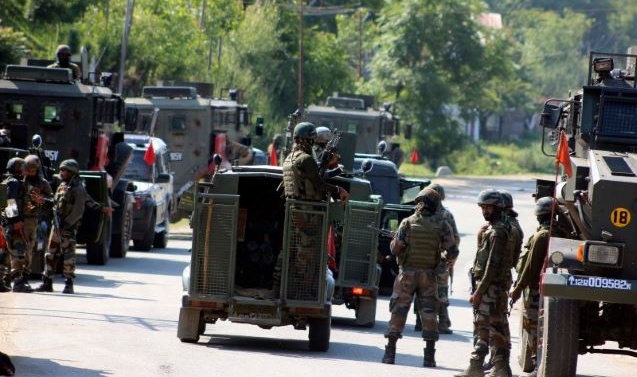 A gunfight broke out between militants and security forces in Rawalpora area of south Kashmir’s Shopian district on Saturday.

Quoting officials, the news agency GNS reported that a joint team of police and army launched a cordon and search operation in Rawalpora following inputs about the presence of militants there.

They said that as the forces zeroed in on the suspected spot, the hiding militants fired upon them, triggering off a gunfight.

As per the report, two to three militants are believed to be trapped in the area.

News agency KNO reported that top Jaish-e-Muhammad commander, Wilayat alias Sajad Afghani – a resident of Rawalpora – was believed to be trapped in the area.__GK News