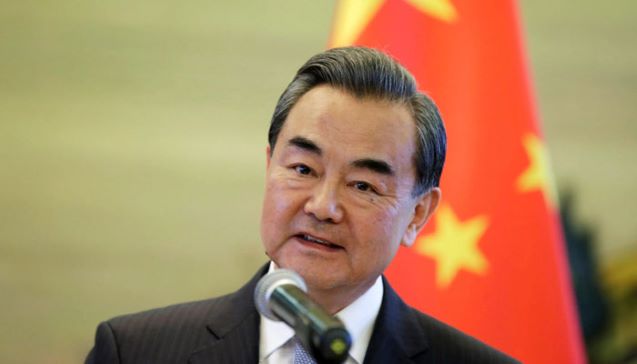 China’s foreign minister says allegations his country is carrying out genocide against Muslim ethnic Uighurs are “ridiculously absurd” and “a complete lie”.

Wang Yi made the comments during his annual news conference on Sunday.

A number of nations, including the US, have used the term to describe Chinese treatment of Uighur people.

It comes amid growing evidence of abuses at “re-education camps” for Uighurs in Xinjiang province.

China has been accused of carrying out forced sterilisations on Uighur women and separating children from their families.

BBC investigations suggest that Uighurs are being used as forced labour and have revealed allegations of systematic rape and torture. China has banned BBC World News television over the corporation’s coverage of the Uighur issue and coronavirus.

The UN says at least one million members of the Muslim minority are being held in the camps, which China says provide vocational training and are aimed at eradicating extremism.

But both the current and former US secretaries of state have described China’s treatment of Uighurs as genocide, as have the Canadian and Dutch parliaments.

The UN’s Convention on the Prevention and Punishment of the Crime of Genocide defines it as acts committed with the intent to destroy, in whole or in part, a national, ethnical, racial or religious group.

The allegations have prompted calls in some countries to boycott the 2022 Winter Olympics in Beijing.

Speaking on Sunday, the minister said Western politicians were choosing to believe lies about what is happening in Xinjiang and said China would welcome people to visit the region.

“The so-called ‘genocide’ in Xinjiang is ridiculously absurd. It is a rumour with ulterior motives and a complete lie,” the Reuters news agency quoted him as saying.

“When it comes to ‘genocide’, most people think of native North Americans in the 16th Century, African slaves in the 19th Century, Jews in the 20th Century, and the indigenous Australians who are still fighting today,” he said, taking aim at the human rights records of some of the country’s critics.

In January, the US said that what it described as genocide in Xinjiang was ongoing and “we are witnessing the systematic attempt to destroy Uighurs by the Chinese party-state”.

Mr Wang also called on the US to remove “unreasonable” curbs on China in order to improve co-operation between the nations.

Asked about US frictions, including over Taiwan and the South China Sea dispute, Mr Wang said Beijing “will never accept baseless accusations and smears”.

“It is hoped that the United States and China will meet each other halfway and lift the various unreasonable restrictions placed on Sino-US co-operation to date as soon as possible, and not create new obstacles artificially,” he said.

President Joe Biden has described a growing rivalry with China as one of the key challenges facing his administration.__BBC