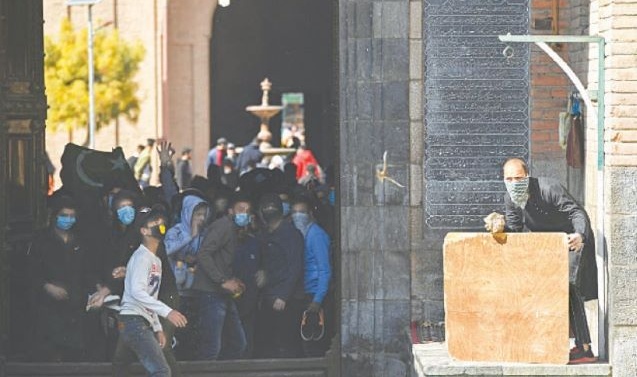 WASHINGTON: The United States has assured the international community that it’s following the developments in Jammu and Kashmir very closely and continues to support direct talks between India and Pakistan on the issue.

The Kashmir issue has been raised regularly in the daily news briefings of the US State Department since the Biden administration came to power on Jan 20. Journalists, including those in the American media, seem eager to know how the new administration intends to deal with the age-old dispute between South Asia’s two nuclear powers, India and Pakistan.

At the Thursday afternoon news briefing, a journalist reminded State Department spokesman Ned Price that India and Pakistan renewed their pledge to maintain peace along the Line of Control (LoC) in Kashmir late last month. Since then, both have avoided violations of a ceasefire agreement they signed in 2003 but peace remains tenuous.

“What the US Secretary of State Antony Blinken is going to do to ensure that the ceasefire maintains?” the journalist asked.

“It is true that we have continued to follow very closely developments in Jammu and Kashmir. Our policy towards the region has not changed,” Mr Price replied.

Explaining how Washington would ensure both sides respect the ceasefire agreement, Mr Price said: “We continue to support direct dialogue between India and Pakistan on Kashmir and other areas of concern.”

“I don’t have anything for you on that. If there’s anything we can add, we will,” the US official replied.

At a similar briefing on Wednes­day, Mr Price used the term “union territory” while referring to India-occupied Jammu and Kashmir, but it emphasised at the same time that Washington’s Kashmir policy remained unchanged.

The United States has consistently recognised Jammu and Kashmir as an area disputed between India and Pakistan, urging both to resolve this issue through bilateral talks. But last month, while welcoming the resumption of high-speed internet in the occupied valley, a State Department tweet referred to the disputed territory as “India’s Jammu & Kashmir”.

Islamabad responded promptly to the omission, reminding Washington that the tweet was “inconsistent” with the disputed status of the region.

Also, on Thursday, a report by a US government-funded think-tank, Freedom House, regretted India’s fall from the ranks of free nations after the country’s status was downgraded to “partly free”.

“Under (Prime Minister Narendra) Modi, India appears to have abandoned its potential to serve as a global democratic leader, elevating narrow Hindu nationalist interests at the expense of its founding values of inclusion and equal rights for all,” warned the Freedom in the World 2021 report.

Reviewing the global situation in 2021, the report regretted “the fall of India from the upper ranks of free nations” which, it warned, “could have a particularly damaging impact on global democratic standards”.__Dawn.com