Home / Pakistan: PM Imran Khan says losing power ‘will not make a difference in my life’ 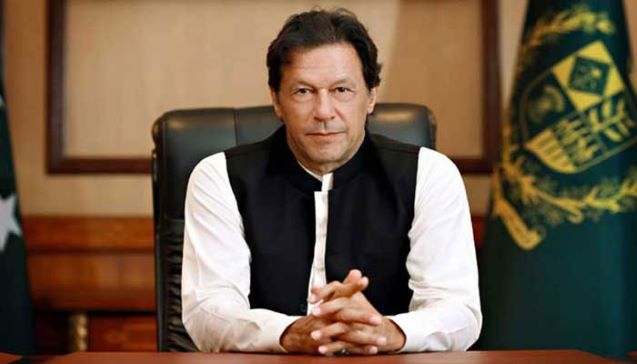 ISLAMABAD: Pakistan’s challenges “originate from Senate elections such as these”, Prime Minister Imran Khan said Thursday, a day after the ruling PTI suffered a shock defeat at the hands of the Opposition in the Senate elections 2021.

PM Imran Khan said money had been “influencing the Senate elections” for the past 30-40 years. “What type of a democracy is this where the country’s leadership is elected through the Senate vote?

The country’s leadership originated from the Parliament, he said, adding that he started campaigning for an open ballot in Senate elections to “end this menace” and that the ruling party presented a bill in that regard.

“When other parties — that previously supported open balloting — did not support our demand, we approached the Supreme Court,” he added.

“What type of a democracy is this where people are spending money to become Senators? When we found out that 20 members of the PTI had sold their votes for money, I expelled them from the party.

“A video even surfaced in which Khyber Pakhtunkhwa MPAs were seen receiving bribes in exchange for Senate votes. The Supreme Court told the Election Commission of Pakistan [ECP] that it is the electoral body’s responsibility to hold transparent elections.

‘Pressure on me’ for NRO

“We did not make the corruption cases against Yousaf Raza Gilani,” the premier noted, referring to the former premier whom the Opposition had put forward as its candidate in the Senate elections 2021.

“Their only objective was to put so much pressure on me that I capitulate and give them an NRO. First, they tried to say the election was rigged, then they tried to pressure me during the coronavirus [pandemic] and, now, they did the same when it came time to pass the FATF bill.”

PM Imran Khan underscored how if the conditions set forth by the Financial Action Task Force (FATF) were not approved, the Pakistani rupee would have depreciated so much that oil, electricity, and other necessities would have become extremely expensive.

“Our imports and transport things would have become more expensive if FATF bill would not have passed,” he said, adding that the Opposition parties had told the PTI government they would sign the FATF bill if some powers of NAB were clipped.

He claimed that “all of them” said in the beginning that money influenced the Senate elections but “are now going to the Supreme Court and saying that they want a secret ballot”.

“The real objective was to hang the sword of a vote of confidence over my head and blackmail me,” he stated. “Imran Khan is the only politician who had everything before he came to power. I am the only Pakistani, most probably, who was the most famous one before I came into politics.

“I was among the very first Pakistani generation who were born in an independent country,” he said, stressing that the country used to have a proper status in the world before.

‘Justice and rule of law’ tied to prosperity

The premier reminisced how back in the day, the American president once received the Pakistani prime minister during a visit to the US. However, “after 1985, our country started going downwards,” he lamented.

Asserting that justice and law was the only difference in the world why some countries prospered while others failed to progress despite having plenty of resources, he said rule of law meant that “when the powerful and the poor are treated the same”.

“In Pakistan, there is one law for the powerful as no one catches them while there is another law for the poor. When I spent some days in prison during the Musharraf era, I saw that there were only poor people in jails then.

“When ministers and the prime minister are involved in theft, it leaves a country indebted. Common people pay the price for the corruption undertaken by these elites,” he said, adding that the same was true for most poor countries across the world.

Struggled ‘to make the powerful accountable’

PM Imran Khan emphasised that his struggle “was meant to make the powerful accountable” and that even though Pakistan was not a poor state, “no country can progress when the corrupt powerful launder money”.

He further claimed that the Opposition “created a drama and invested all the money” for the Islamabad seat during the Senate elections 2021. “Ever since our government came into power, the corrupt mafia has been fearful of it.

“When a country’s leadership is corrupt, how can you expect a common person to be honest? What message have we sent to the young population of our country with this Senate election?”

ECP ‘gave an opportunity’ for horse-trading

Speaking of the ECP, he said the federal body “gave an opportunity for horse-trading to take place in Senate elections” but asked how a society could progress when it “openly accepts these corrupt people”.

“When Yousaf Raza Gilani will become a senator and allow corrupt practices to prevail… what example will we set for the younger generation?Is it Imran Khan’s sole responsibility to root out corruption?

“We are here, at this level today, because we have always accepted theft and corruption. This money that has been stolen and gone abroad, is not my money. It is your money. These people make money off [government] contracts.”

The premier lambasted Pakistan’s “most corrupt” people for getting “VIP treatments”, saying the law alone could not end the corruption in the country.

“I am going to the Assembly day after tomorrow to seek a vote of confidence,” he announced, noting that he had told all the lawmakers of their democratic right to vote against him if they “think I should not be eligible to be prime minister”.

Speaking of the expenses apart from his travel and security, he mentioned that he bore them by himself because “I fear God” and that he wished to save Pakistan because there was hunger in the nation.

“If I lose power, it will not make a difference in my life. I will never leave you alone till you don’t return looted money,” he added, in a jibe at the PDM.

“As long as I am alive, I will continue to work for the supremacy of law in this country. I call the people who loot money from Pakistan and take it abroad as traitors of the country,” he added.

PTI to back Sadiq Sanjrani in Senate

Faraz had revealed that the PTI had decided to back Sadiq Sanjrani for the post of Senate chairperson again after holding consultations with senior party leaders and allies.__The News