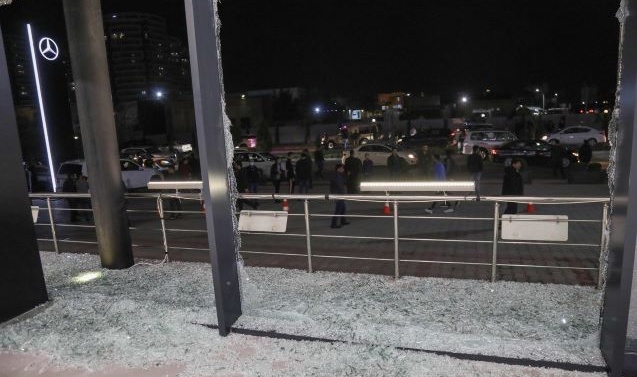 At least 10 rockets have landed at Ain al-Asad airbase in the western Iraqi province of Anbar, according to Colonel Wayne Marotto, spokesman for the US-led coalition forces in the country.

The rockets struck the airbase, which hosts US, coalition and Iraqi forces, at 7:20am, spokesman Colonel Marotto said on Wednesday.

It was not immediately known if there were any casualties.

It was the first attack since the US said it had attacked Iran-aligned militia targets along the Iraq-Syria border last week.

The attack comes two days before Pope Francis is due to visit Iraq.

The visit comes despite deteriorating security in some parts of the country, which has recently seen a suicide bombing in Baghdad, the first big attack in three years.

On February 16, a rocket attack on US-led forces in northern Iraq killed a civilian contractor and injured a US service member.__Al Jazeera