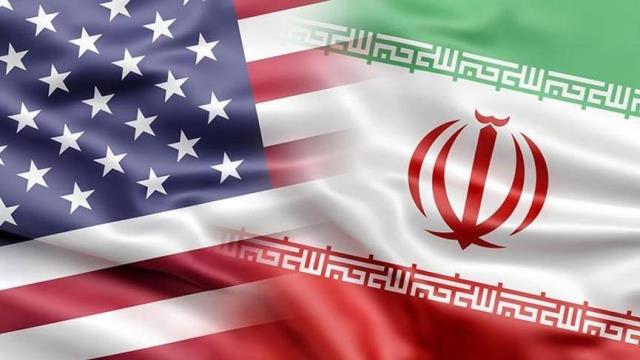 The Biden administration said on Feb. 28 it remains open to talks with Iran over the 2015 nuclear deal despite Tehran’s rejection of an EU invitation to join a meeting with the U.S. and the other original participants in the agreement.

A senior administration official said the U.S. was “disappointed” in the rejection but was flexible as to the timing and format of the talks and saw Iran’s decision to snub the European invitation as part of the diplomatic process. The official said the U.S. would be consulting with the other participants, Britain, China, France, Germany, Russia and the European Union, on the way forward.

The official was not authorized to discuss the matter by name and spoke on condition of anonymity.

Earlier on Feb. 28, Iran turned down the offer for talks saying the “time isn’t ripe” for the meeting, at which the U.S. would have participated as an observer. Iran had been insisting that the U.S. lift or ease sanctions imposed on it by the Trump administration under its “maximum pressure campaign” before sitting down with the United States.

President Joe Biden has said repeatedly that the U.S. would return to the deal that his predecessor, Donald Trump, withdrew from in 2018 only after Iran restores its full compliance with the accord.

“Remember: Trump failed to meet because of his ill-advised ‘Max Failure,’” he said. “With sanctions in place, same still applies. Censuring is NOT diplomacy. It doesn’t work with Iran.”

The Biden administration announced earlier this month that it would accept an EU invitation to participate in a meeting of deal participants and at the same time rescinded a Trump determination from the U.N. Security Council that Iran was in significant breach of the agreement that all U.N. sanctions had been restored.

The U.N. move had little practical effect as nearly all members of the world body had rejected Trump’s determination because the U.S. was no longer a participant in the nuclear deal. Biden administration officials said the withdrawal of the determination was intended to show goodwill toward its partners and at the same time had eased severe restrictions on the movement of Iranian diplomats posted to the U.N.

Separately on Feb. 28, the State Department condemned a weekend attack by Iran-backed Yemeni rebels on Saudi Arabia, saying it damaged prospects for peace. Along with the overtures to Iran on the nuclear front, the Biden administration also reversed several late Trump administration moves against Iranian-backed rebels in Yemen.

Secretary of State Antony Blinken rescinded his predecessor’s designation that the Houthi rebels were a “foreign terrorist organization,” a move that the U.N. and relief groups had said would make the already disastrous humanitarian situation in Yemen even worse. In addition, the Biden administration decided to halt all offensive assistance to Saudi Arabia for its military campaign against the Houthis in Yemen.

The Houthis, however, have stepped up their operations in the country, pressing ahead with an offensive in Marib province and launching attacks on Saudi Arabia.

On Feb. 27, Saudi authorities said they had intercepted a missile attack over their capital and reported that bomb-laden drones had targeted a southern province, the latest in a series of airborne assaults they have blamed on the Houthis.

State Department spokesman Ned Price on Feb. 28 said the U.S. “strongly condemns the Houthis’ attacks on population centers in Saudi Arabia.” He said they “threaten not only innocent civilians but also prospects for peace and stability in Yemen” and called on the Houthis “to end these egregious attacks.”

“The United States remains committed to its longstanding partnership with the Kingdom of Saudi Arabia and to helping Saudi Arabia defend its territory as it faces attacks from Iranian-aligned groups,” Price said.

On Feb. 26, the Biden administration further strained ties with the Saudis when it published a declassified intelligence report finding that Saudi Arabia’s crown prince had ordered an operation to capture or kill Jamal Khashoggi, a Washington Post journalist and U.S. resident who was brutally slain at the Saudi consulate in Turkey. Saudi Arabia has forcefully rejected the report’s conclusions.__Hurriyet