Home / Kashmir / Kashmir -IOK / Ceasefire: We have been ordered not to fire a single bullet on LoC, says Army 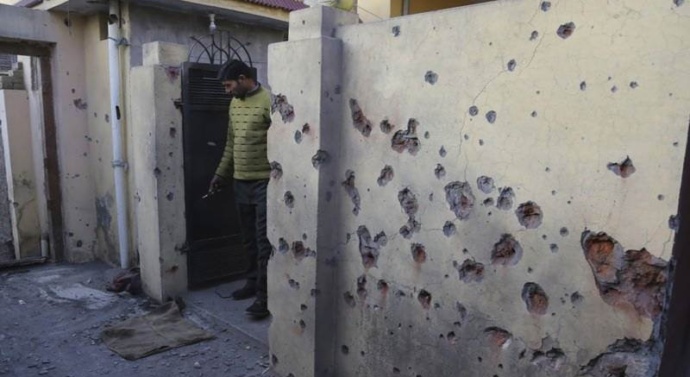 Stating that the Line of Control is peaceful after India and Pakistan agreed to implement the ceasefire two days ago, the Army on Saturday said that they have been ordered not to fire a single shot and also stop practice firing in the ranges near the border.

“We have been ordered not to fire a single shot. Even we have been ordered to stop firing in firing ranges near the LoC,” Major General V M Krishnan, General Officer Commanding, Kupwara-based 28-Infantry Division told a selected group of senior journalists during an interaction.

The 28-Infantry Division looks after Tangdhar, Keran, Gurez and Machil Sectors of northern Kashmir. All these sectors have witnessed continuous violence in the past decades.

“We welcome the ceasefire agreement between India and Pakistan. We hope it ushers in an era of peace, security and development in the villages close to the LoC,” he said. “We also hope infiltration is also shut down by Pakistan from across the LoC.”

When asked what the directions were for the Army in case Pakistan violated the ceasefire agreement, Gen Krishnan said they will not retaliate as long as it is possible. “And, we hope that the Pakistan side will also uphold the agreement.”

The LoC, Gen Krishnan said, has been tranquil for the last two days, there has been no violation and it is very quiet. “But the Army continues to receive inputs about presence of militants in some launch pads across the LoC,” he said. “We are on high alert and fully prepared to foil any infiltration attempts.”

The senior General said it is important for them to have peace and security in Kashmir so that development can take place. “Reit eration of the ceasefire agreement is a significant decision and it will bring a lot of relief to the people,”he said.

“If peace and tranquility holds on the LoC, it builds on the mutual trust and confidence between the two nations,” Gen Krishnan said and asserted that the ceasefire agreement was the first step towards bringing normalcy.

“(But) we have a fair amount of distance to cover. I hope militancy gets absolutely diminished and eliminated in the next couple of years. So, we have to take all those steps for many things to happen in J&K,” he said.

When there is no ceasefire violation, the Army General said, it does enable them to handle the situation very well. “However, infiltration attempts are very much possible especially in these rugged terrains,” he said.

Earlier, the journalists interacted with Commander 68 Mountain Brigade, Brigadier Manoj Joshi. He briefed the scribes about the general situation in the area and people friendly operation the Army is carrying. The journalists were taken to Sonthipora where the Army and tourism department is training youth under programme Hunar Say Rozgar Tak.

The journalists also visited Army Goodwill School Wayen and a school for disabled being run by the Army in the Drugmulla area of district Kupwara.__GK News