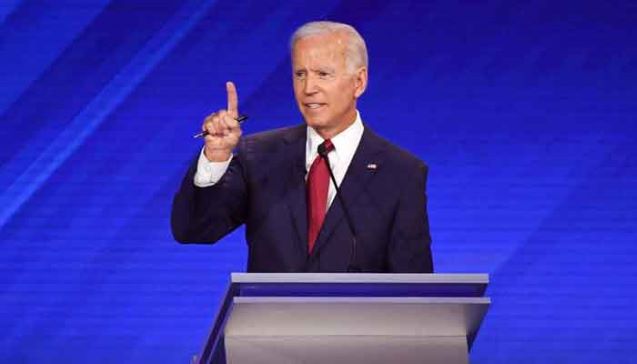 US President Joe Biden has talked by phone with King Salman of Saudi Arabia as he seeks to put relations with America’s old ally on a new footing.

He “affirmed the importance” the US “places on universal human rights and the rule of law”, the White House said.

Mr Biden made the call after reading a forthcoming US report into the murder of Saudi journalist Jamal Khashoggi.

The Trump administration had rejected a legal requirement to release the report in declassified form, focusing instead on improved co-operation with the Saudis.

The White House says Mr Biden will “recalibrate” the relationship with Saudi Arabia.

Khashoggi, a US-based journalist and critic of Saudi Arabia’s government, was murdered in 2018 inside the Saudi consulate in the Turkish city of Istanbul, and his body dismembered.

Saudi authorities blamed his death on a “rogue operation” by a team of agents sent to return him to the kingdom, and a Saudi court tried and sentenced five individuals to 20 years in prison last September, after initially sentencing them to death.

There was no mention of Khashoggi by name in the White House statement.

Mr Biden “affirmed the importance the United States places on universal human rights and the rule of law”, the White House said.

Ms Hathloul was released this month after almost three years in detention but remained subject to a travel ban and was forbidden from speaking to the media.

Her release was also welcomed by UN human rights chief Michelle Bachelet, when she addressed the UN Human Rights Council in Geneva on Friday, but she noted that others “continued to be unjustly detained”, Reuters news agency reports.

Mr Biden and King Salman also discussed “the longstanding partnership between the United States and Saudi Arabia”, and the threat posed to Saudi Arabia by pro-Iranian groups.

Mr Biden told King Salman “he would work to make the bilateral relationship as strong and transparent as possible”, the statement said.__BBC