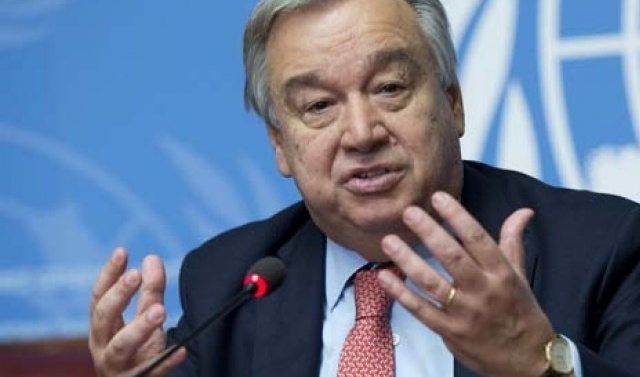 Top UN leadership has welcomed the announcement by militaries of India and Pakistan to strictly observe all agreements on ceasefire along the Line of Control (LoC) in Jammu and Kashmir and other sectors, with UN chief Antonio Guterres expressing hope that this “positive step will provide an opportunity for further dialogue .

In a significant move to ease tension, the militaries of India and Pakistan said on Thursday that they have agreed to strictly observe all agreements on the ceasefire along the Line of Control (LoC) and other sectors.

The Secretary-General is encouraged by the joint statement issued by the militaries of India and Pakistan on their agreement to observe the ceasefire at the Line of Control in Kashmir and engage through established mechanisms,” Stephane Dujarric, Spokesman for the UN chief, said at the daily press briefing Thursday.

“He hopes that this positive step will provide an opportunity for further dialogue, Dujarric said.

President of the 75th session of the United Nations General Assembly Volkan Bozkir tweeted that he wholeheartedly welcomes the ceasefire agreement between India and Pakistan.

Their stated commitment to achieve sustainable peace through addressing each other’s core issues and concerns sets an example for other countries and demonstrates #UNGA values, he said in the tweet.

The decision on the ceasefire, effective since Wednesday midnight, was taken at a meeting between the Director Generals of Military Operations (DGMOs) of India and Pakistan.

The DGMOs held discussions over the established mechanism of hotline contact and reviewed the situation along the Line of Control and all other sectors in a “free, frank and cordial atmosphere”, a joint statement issued by the two countries said on Thursday.__GK News