Home / Major police raids carried out around German capital after Islamist group, which called for death of Jews, outlawed by authorities 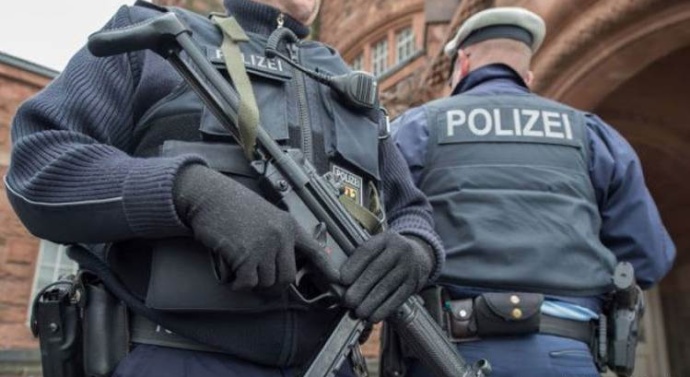 More than 800 officers were on duty as police in Berlin and Brandenburg carried out 26 raids across the region to enforce a ban on a Salafist group which was advocating terrorist attacks and the killing of Jews.

Berlin Interior Senator Andreas Geisel told a news conference on Thursday that 19 members of the Jama’atu Berlin were targeted during the raids and that the group had been under surveillance for two years.

Geisel could not confirm whether any arrests had been made but said 850 officers were involved in the raids and that half of those targeted in the operation were German citizens.

In a tweet in the early hours of Thursday morning, Berlin’s interior ministry said it had outlawed Jama’atu Berlin, “a young and very radical jihad Salafist” association, also known as Tauhid Berlin.

“Today’s ban is another building block in the resolute fight against violent extremism,” Geisel added during his press conference.

The group saw themselves as the successor to the banned Fussilet 33 association and reportedly glorified the fight of the terrorist militia “Islamic State,” especially on the internet, and called for the killing of Jews, according to the Berlin daily newspaper Der Tagesspiegel. The organization also welcomed the murder of French teacher Samuel Paty in October by a radicalized student.

“(In the group), there are severe anti-Semites who are calling for the death of Jews,” Berlin Interior Secretary Torsten Akmann said in a statement.

Members of the group reportedly met regularly to pray and plot, also distributing flyers in public spaces and spreading their dangerous ideology online. Several members had been linked to an outlawed Islamist group in 2017 which had been in contact with Anis Amri, a failed Tunisian asylum seeker who drove a truck into the Berlin Christmas market, killing 12.

In its annual report, the German intelligence agency said that there were three times as many Salafists in the country in 2019 as there were in 2011, numbering 12,150 in 2019.__RT.com