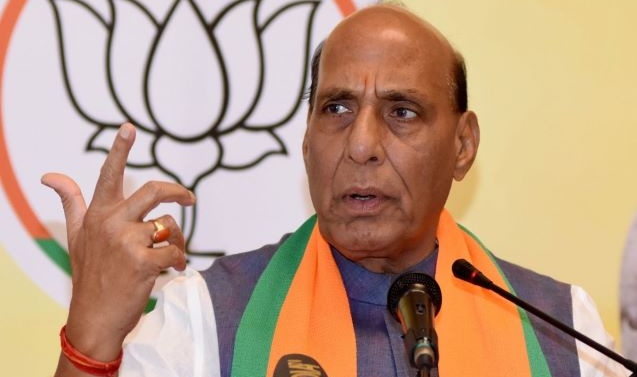 NEW DELHI: India has reserved 63 per cent of its capital allocation in the defence budget for local procurement, the country’s defence minister said on Monday.

“My Ministry has planned to invest about 63% of the outlay for 2021-22 on domestic procurement, i.e, about 70,221 crores Indian rupee [approximately $ 9.29 billion] for domestic defence procurement during for 2021-22,” Rajnath Singh said while speaking at a webinar organised by the Department of Defence Production and Society of Indian Defence Manufacturers.

The minister said that the increase would have a positive impact on “enhanced domestic procurement, having a multiplier effect on our industries including MSMEs [Micro, Small, and Medium Enterprises] and start-ups.”

“It will also increase employment in the defence sector,” he said.

“A separate budget head has been created with an outlay of nearly 52,000 crores Indian rupees [approximately $7 billion] for domestic capital procurement in the current financial year,” the government said in August.

Last year, India also announced an import embargo on 101 defence items as part of the government’s plan of self-reliance.

Analysts’ opinions, however, are mixed on how much self-reliance India will achieve.__Tribune.com