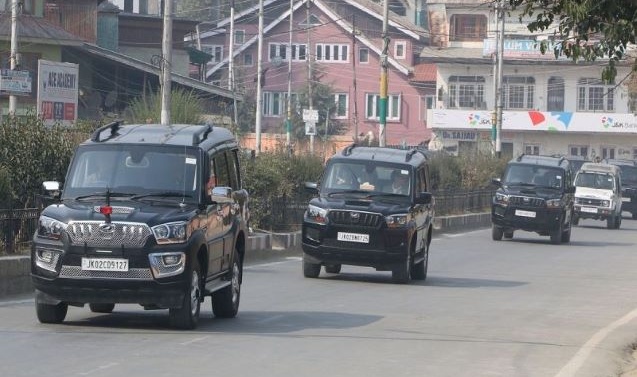 A delegation of foreign envoys would be visiting Jammu and Kashmir for a two-day visit beginning Wednesday.

The delegation likely to be led by European Union Ambassador to India and Bhutan, Ugo Astuto, would include diplomats from African and European countries.

The delegation which will arrive in the Valley on Wednesday will be also going for sightseeing to Dal Lake.

The group of envoys will leave for Jammu on Thursday. The group comprising almost 20 members will get a briefing from top officials of the Army, officials said.

Officials said that during their two-day visit, the envoys would receive firsthand information from the J&K administration.

On Thursday, the Ambassadors would visit Jammu where they would likely be meeting Lieutenant Governor Manoj Sinha besides some of the DDC members and representatives of some social organisations.

This will be the fourth visit by any foreign envoy group to J&K in the last two years.

In January 2019, a 15-member foreign envoys’ delegation arrived in Srinagar on a two-day visit to J&K and met over 100 people including senior Valley-based politicians, top newspaper editors and grassroots representatives.

A month later in February 2019, a group of 25 foreign envoys of over 20 countries visited Kashmir for a firsthand assessment of the ground situation. In October 2019, about 23 Members of the European Parliament (MEPs) visited J&K on a private tour to assess the ground situation.__GK News