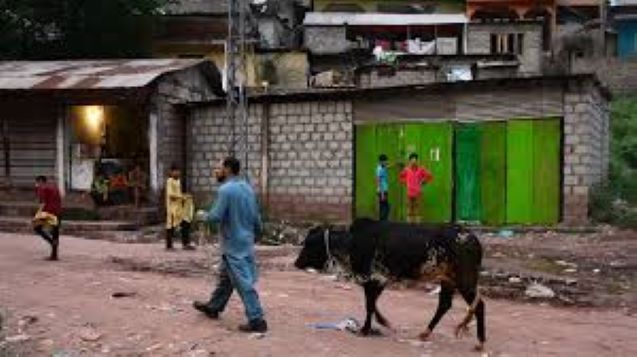 THATTA: The federal and Sindh governments’ reported intention to create a settlement in the coastal areas of Sujawal district for Kashmiri families has drawn a sharp reaction from Sindhi nationalist groups and the Sheerazis, considered to be the most influential political family of Thatta and Sujawal districts.

According to officials sources, the federal government had asked the provincial authorities to look into the possibility of allotting a reasonable size of land in some coastal taluka to rehabilitate displaced Kashmiris “belonging to the India-held valley”. These families had to take refuge across the Line of Control, since 1989, to escape tyrant Indian forces’ aggression against Kashmiri Muslims.

After a series of correspondence between the federal and Sindh authorities, the latter has identified some 6,627-36 acres of land in the coastal talukas of Jati and Shah Bandar in Sujawal district to accommodate such Kashmiri families, according to the official sources.

However, speaking to the media in Karachi on Saturday, Sindh Chief Minister Syed Murad Ali Shah denied any such proposal was on the table.

The sources told Dawn that the Ministry of Kashmir Affairs & Gilgit-Baltistan had been in a constant touch with all federating units in this regard to work out a plan and select some suitable area for such settlement(s).

Sujawal Deputy Commissioner Mohammad Ismail Memon had recently directed revenue officials of various areas to identify the lands that could be spared for the plan. In response to his communication, the Sujawal revenue official vide a letter (No. Estt/179) dated January 28, 2021 submitted to him a comprehensive report containing details of the land proposed to be offered to the federal government for the purpose.

It is explained in the letter that out of the 6,627-36 acres, 2,504-35 acres can be spared in dehs Kar Malik, Tobiaro, Hetma and Vakai in Jati taluka and 4,123-01 acres in dehs Allah Dino Wadho, Imam Bux Zangejo, Jhor Chowki and Pahlo Hindu in Shah Bandar taluka.

When contacted for his comment, DC Ismail Memon confirmed that the [Sindh] government had sought details of vacant land in coastal talukas and the district administration furnished the same. He said a report in this regard was prepared by the land utilisation department and now the land in question was at the disposal of the department.

The DC pointed out that such details had been sought from other areas of the country.

He said further process would be undertaken by the land utilisation department as per the decisions and instructions of the higher authorities.

Reacting sharply to the federal government’s plan and a positive response to it from the provincial bureaucracy, Pakistan Peoples Party (PPP) MNA from Thatta Syed Ayaz Shah Sheerazi wondered that the federal government was inclined to settle these tyranny-hit Kashmiri families in a province that was already experiencing poverty, unemployment and other unending miseries.

He pointed out that people of Sindh’s coastal talukas were more downtrodden than those of other talukas as this area happened to be located in the tail-end of the irrigation system.

“We, the elected representatives, will not only oppose the plan but also resist it,” he said.

In reply to a related question, he said that notwithstanding the fact that he was currently associated with the PPP and supported the Sindh government, he always opposed the party’s Zulfikarabad plan because he considered interests of Sindh above all else.

He expressed his serious reservations over settling the Kashmiri families in Sujawal district but favoured their rehabilitation in an area that suited them better.

Qaumi Awami Tehreek president Ayaz Latif Palijo, asked to comment, told Dawn over phone that “Kashmiris are our brethren; they have been suffering a lot and we have deep sympathies with them but Sindh is already overburdened with outsiders”, therefore, he said, they should better be settled in central Punjab, Khyber Pakhtunkhwa or areas like Skardu and other northern areas where not only plenty of land was available but the environment and weather conditions there were also suitable for them.

Sindh Taraqqi-pasand Party chief Dr Qadir Magsi speaking to Dawn said “unfortunately, the federation in connivance [with] Sindh’s rulers was working on a plan to systematically convert Sindhis into a minority within their province”. Under the plan, he added, Afghans, Bengalis, Biharis, Burmese and others had long been settled in this province.