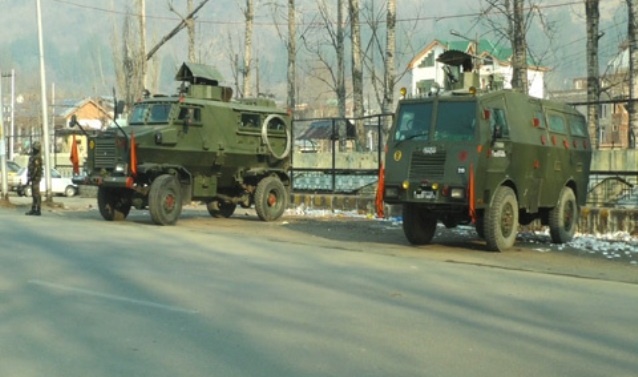 Parts of Kashmir including the summer capital Srinagar Tuesday observed a shutdown but the day passed off peacefully, officials said.

Officials said that the shops and other business establishments remained closed in parts of Srinagar, Baramulla, Sopore and other towns.

While there was less movement of public transport, private transport plied normally.

Officials said that the impact of the strike was less and authorities had made elaborate arrangements in Srinagar and other sensitive areas to deal with any law and order situation.

The forces personnel had also established nakas and conducted searches of vehicles in many areas of Srinagar and other parts of Kashmir.

Business and other activities also remained affected in the old city and other areas.

In old Srinagar, traffic remained off the roads though some private vehicles and three wheelers were seen plying.

In LalChowk, the nerve centre of the city, shops and other business establishments remained closed and traffic was off the roads. However, a number of three wheelers and cabs and few passenger vehicles were seen plying.

Police here said that the day passed off peacefully.

“There is no report of any untoward incident from any part of Kashmir,” Police said.