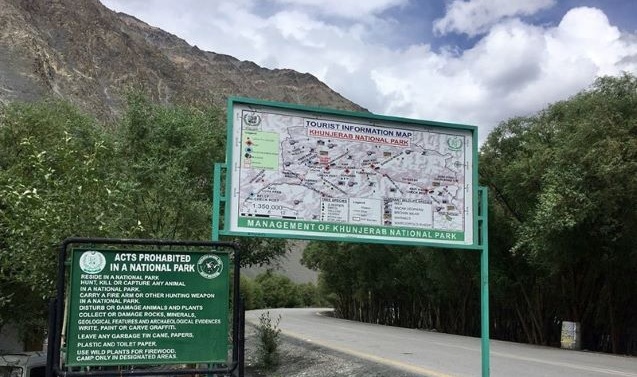 GILGIT: Opposition Leader in the Gilgit-Baltistan Assembly Amjad Hussain Advocate has expressed reservations over the government’s plan to establish two national parks in GB without protecting the rights of local people over their natural resources.

He said the issue would be raised during the upcoming assembly session.

The opposition leader said in GB people depended on their lands to earn a living by cultivation and rearing livestock. He said the people won’t be allowed to either construct houses or carry out any cultivation on their lands once the national parks were established.

“Under the decision, residents of the national parks can neither uti­lise her­bal products nor cut firewood,” he said.

“We fear haphazard constructions in the name of tourism promotion through outside investors in the national park areas,” the opposition leader pointed out.

Amjad Hussain questioned what would be the fate of hundreds local people serving in wildlife department to protect forests and wildlife at paltry Rs1,500 per month under the community conservation concept.

He said there was no mechanism to make community conservation effective and regularise the services of the employees of the wildlife department.

He said according to the international laws indigenous people had the foremost right over their natural resources, but the move would deprive GB people of economic benefits from natural resources.

“The GB people have already been deprived of their commercial and agricultural lands in the name of state land, and now they would lose pastures after the national parks were set up.

The opposition leader said the federal government focused on natural resources of GB but never protected the people’s rights.

He said the PPP had started a movement for protecting the rights of local people.__Dawn.com