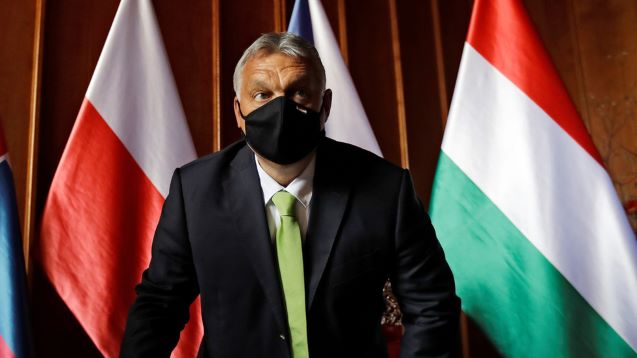 Hungarian Prime Minister Viktor Orban has said the country needs a new facility to ensure steady domestic vaccine production and to manufacture its own Covid-19 jab.

Orban argued that “a serious country” cannot rely on getting vaccines and other vital medical supplies from abroad alone.

The government has ordered the construction of a vaccine plant in Debrecen, which will be large enough that, if our scientists develop a vaccine, we could produce it in large quantities.

The University of Debrecen (UD) signed an agreement with the country’s chief medical agency to work on the creation of a National Vaccine Plant, which would ensure a stable vaccine supply.

Human Resources Minister Miklos Kasler said the initiative will “re-launch vaccine production” in Hungary and will serve as a hub for vaccine research.

The country’s chief medical officer, Cecilia Muller, reported earlier this month that UD has been developing a Covid-19 vaccine, whose mechanism is similar to the influenza vaccine.

“Obviously I can’t state the exact date in advance, but I hope that we will be able to produce this vaccine soon,” she said.

Hungarian officials have repeatedly voiced dissatisfaction with the pace of the rollout of the Pfizer/BioNTech vaccine by Brussels, pointing out that the vaccination rate in the EU is smaller compared to places like Britain, the US, and Israel.

On Thursday, Budapest approved the Russian-made Sputnik V and the vaccine developed by the University of Oxford and AstraZeneca for emergency use. __RT.com