Home / International / China ‘could have acted more quickly’ in dealing with Covid-19: WHO 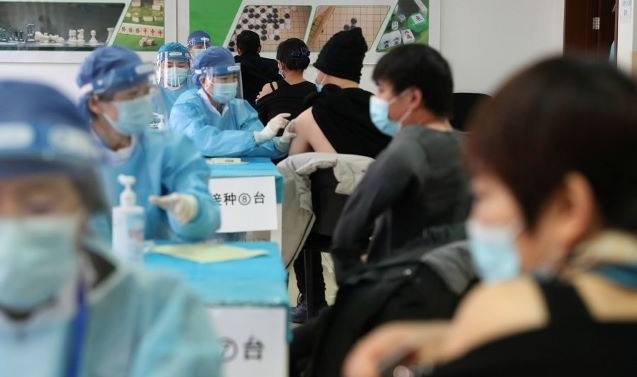 China could have acted more quickly in dealing with Covid-19, the WHO’s pandemic response probe declared on Monday.

The WHO-backed Independent Panel for Pandemic Preparedness and Response said the ‘largely hidden epidemic contributed to the global spread’ in the earliest days of the pandemic, after the virus first surfaced in Wuhan in December 2019.

The panel, set up last July after countries including Australia angered China by calling for an investigation, said there was ‘potential for early signs to have been acted on more rapidly’ by China and the WHO.

The direct criticism from an agency which Donald Trump has accused of being too close to Beijing comes as a team of WHO experts carries out a politically sensitive mission in China to investigate the origins of the disease.

WHO chief Tedros Adhanom Ghebreyesus said today that ‘no one should be in any doubt that this is a scientific exercise’ to understand how the virus emerged.

Tedros met with Chinese leader Xi Jinping last January, when the WHO praised Beijing for its ‘seriousness’ and ‘transparency’ in the early days of the outbreak.

But evidence has since emerged that China withheld key information from the WHO and hindered the UN agency’s attempts to address the epidemic.

Trump announced last May that the US was ‘terminating’ its relationship with the WHO and claimed that ‘China has total control’ of the organisation.

‘The WHO repeatedly parroted the Chinese government’s claims that the coronavirus was not spreading between humans,’ the White House said at the time.

Joe Biden, who takes office on Wednesday, promised during the election campaign that he would restore US ties with the WHO.__Tribune.com