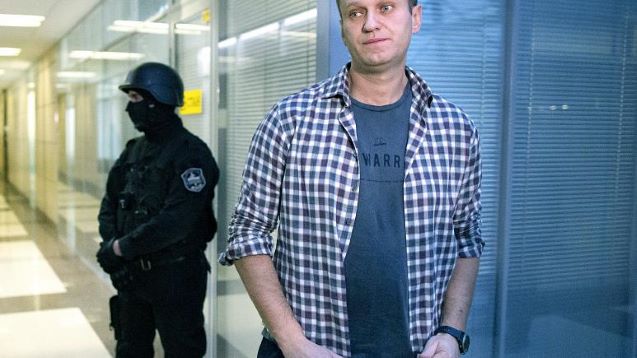 The United States and several European governments have demanded the release of opposition politician Alexei Navalny from Russian detention.

Mr Navalny, 44, was detained by police soon after his flight from Germany landed in Moscow on Sunday.

The activist was returning to the county five months after he was almost killed in a nerve-agent attack he blamed on Russian authorities.

The opposition politician’s allegations have however been backed up by reports from investigative journalists.

Reacting to his arrest, the US and EU led calls for Mr Navalny – an arch critic of President Putin – to be freed, but stopped short of threatening any punitive action.

The US Secretary of State, Mike Pompeo, said the Russian authorities were trying to silence their critics. He called for Mr Navalny’s “immediate and unconditional release”.

US President-elect Joe Biden’s incoming national security adviser stuck a similar tone. “The Kremlin’s attacks on Mr Navalny are not just a violation of human rights, but an affront to the Russian people who want their voices heard,” Jake Sullivan said.

The response from the European Union was no less scathing, with France, Italy and the president of the European Council, Charles Michel, issuing demands for Mr Navalny’s release.

In its statement, the UK government said it was “deeply concerned” by Mr Navalny’s arrest, adding: “Instead of persecuting the victim of this terrible crime, the Russian authorities should investigate how a chemical weapon came to be used on Russian soil.”__BBC