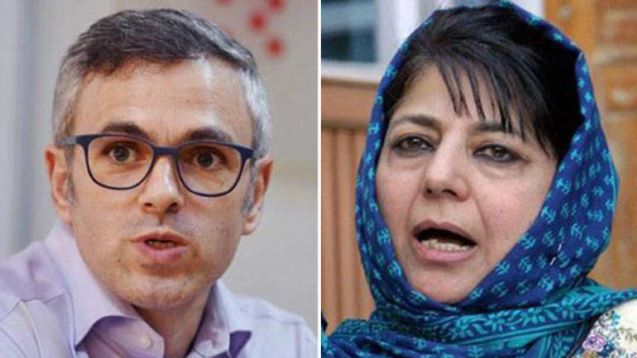 Jammu & Kashmir former Chief Minister Omar Abdullah said on Monday that it is important that the probe into the Srinagar encounter is completed even as families members of the three persons killed have been staging protests and claiming that their sons are innocent.

Omar wrote on Twitter that only a fair and transparent probe will satisfy the families of the slain persons.

“It is very important that the probe into this encounter be concluded at the earliest. Only a fair and transparent probe, already promised by LG Manoj Sinha will satisfy the families who lost their loved ones and who they insist were innocent,” Omar tweeted.

“The LG has promised a fair and speedy probe into this encounter when JKNC Lok Sabha members Hasnain Masoodi spoke to him about it recently. In the interim we hope the LG will order the handing over of the bodies to the families.”

Three persons Aejaz Ganai from Pulwama, Zubair Lone from Shopian and Athar Mushtaq from Pulwama were killed in an encounter at Lawaypora in Srinagar on December 30.

Army said that they were repeatedly given a chance to surrender which they did not do and instead fired at the security forces and threw grenades. The families of those killed have been contesting the version of security forces claiming that their sons are not militants.

Police said although the the trio were not mentioned in the list of militants, yet two of them were hardcore associates of militants, Over Ground Workers (OGWs).

Meanwhile former Chief Minister Mehbooba Mufti has reiterated her demand that the bodies of the three killed in the encounter be given to their families even as an impartial probe is carried out in a time bound manner.

“People are saying we want the bodies of the three killed, why can’t a mother see the face of her lost son one last time, this is injustice, how can you win the hearts of Kashmiris?” Mehbooba said.__Courtesy Greater Kashmir