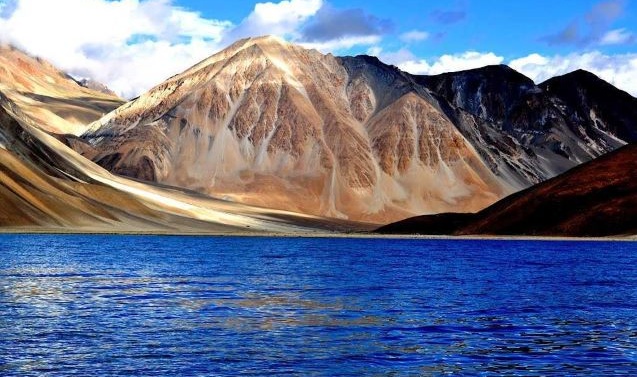 NEW DELHI: Talks between India and China have yet to make headway to end a standoff on a disputed section of their Himalayan border, India’s defence minister said on Wednesday, as thousands of troops from both sides faced a freezing winter in the mountains.

Defence Minister Rajnath Singh said there had been “no meaningful result” from several rounds of diplomatic and military talks aimed at de-escalating the worst border confrontation between the nuclear armed neighbours in decades.

“If the status quo continues, it is obvious that the deployment won’t come down,” Singh said during an interview with Reuters partner ANI.

But, he said, both sides were still exchanging messages over the border situation and another round of military talks was in the offing.

Tensions soared in June, after troops clashed in hand-to-hand combat in the Galwan valley in Ladakh, abutting the Chinese-held Tibetan plateau.

Twenty Indian soldiers were killed, with China suffering an undisclosed number of casualties, and both sides ramped up their military presence, moving men, weapons and supplies to the high-altitude desert region.

“Our expectation is that some positive result can be achieved through talks,” Singh said.

India has positioned around 50,000 troops in the contested area, some at altitudes of over 15,000 feet, where scarce oxygen and freezing winter temperatures can be life-threatening.

India and China share an undemarcated 3,800-km long border, where their troops previously adhered to long-standing protocols to avoid the use of any firearms on the frontier.

But tensions have flared since the Galwan incident and both militaries, who fought a border war in 1962, accused each other of firing in the air in September.__Tribune.com