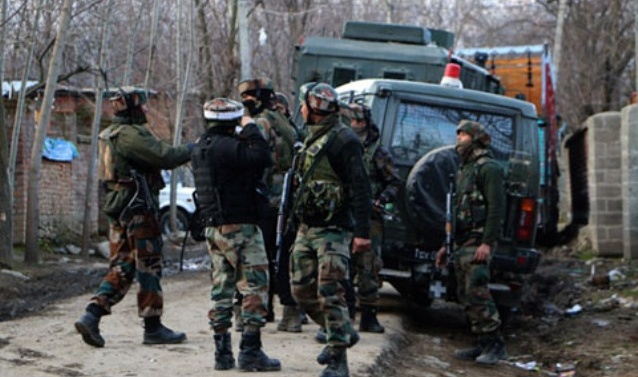 One militant was killed in an ongoing gunfight in Hokarsar area on the outskirts of Srinagar district, reports said on Wednesday.

A senior police officer told news agency GNS that one militant has been killed so far in the ongoing encounter. However Indentity of the slain militant couldn’t be established yet.

The officer further said that the operation was suspended due to darkness.

The cordon around the place where militants were hiding was strengthened to prevent the militants from escaping.

The gunfight broke out last evening after a joint team of Police, army’s 02 RR and CRPF launched a cordon and search operation in Hokarsar area.__Greater Kashmir News