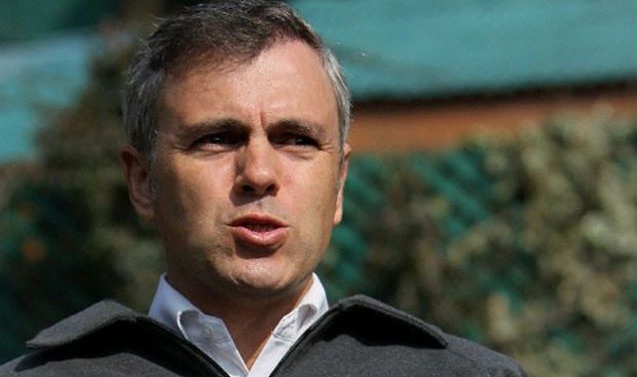 SRINAGAR, Dec 26: National Conference (NC) leader and former chief minister of Jammu and Kashmir, Omar Abdullah, today alleged that the Bharatiya Janata Party (BJP)-led government at the Centre is interfering with the outcome of the recently-concluded District Development Council (DDC) polls in Jammu and Kashmir. Abdullah also alleged that a lawmaker of the NC was forced to join the Apni Party. He pointed out that shortly after the results were announced two members of his party were also detained.

During a press conference in Srinagar, Omar Abdullah said, “Referring to DDC polls, the PM today said that democracy has won but the government has started to harass those who fought the election in Shopian. They are being put under preventive detention for no reason.”

“The government has started to harass those who fought the election in Shopian. They are being put under preventive detention for no reason,” Omar told media-persons today.

“Two senior leaders of the National Conference were detained after the declaration of the DDC poll results. One lady of our party who won in the election in Shopian was forced to join the Apni Party. We have a phone recording to prove it,” said Omar Abdullah.

The NC leader was referring to the induction of Yasmeena Jan to the Apni Party, led by former J&K finance minister Altaf Bukhari. Jan had contested and won the polls as a National Conference candidate from Imam Sahib-I in south Kashmir’s Shopian district.

Abdullah had earlier on Friday blamed the police and Jammu and Kashmir administration of facilitating horse-trading after the results of the DDC polls were declared. He also took to twitter to criticise the J&K administration.

“This explains why our leaders in Shopian district are being put under “preventive arrest” by the police. J&K police & the administration are facilitating horse trading & defections. The woman shown here joining the BJP’s B-team contested & won elections on an NC mandate,” Omar said on Twitter.

The NC vice president said it was shameful for the administration to play “partisan politics”.

“Shame on this administration for playing partisan politics to curry favour with the ruling party & their stooges. These parties couldn’t win seats so now they are using money/muscle/threats & government coercion to make up the numbers. So much for ‘democracy has won’!” he said in another tweet.

The DDC elections were held in Jammu and Kashmir across eight phases and the results were released on Tuesday. The BJP secured victory with 75 seats and the People’s Alliance of Gupkar Declaration won 110 seats. Independent candidates have secured wins in 50 constituencies.__Kashmir Times