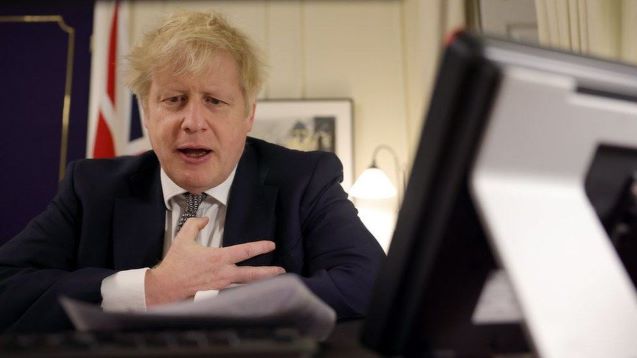 A highly anticipated trade deal between the European Union and Britain “does not go as far as we would like” when it comes to access to EU markets for financial services, according to UK Prime Minister Boris Johnson.

The parties have managed to arrive at an accord on some issues crucial for the UK economy after quitting the 27-nation bloc, however, the PM said in an interview with the Sunday Telegraph.

Johnson stressed that everyone had thought it impossible “that you could do free trade with the EU without being drawn into their regulatory or legislative orbit.”

According to the PM, “access for solicitors [and] barristers” and a “good deal for digital” have been agreed, while service industries, which are key in terms of UK exports to Europe, could face regulatory or other non-tariff barriers. The negotiations on financial services also failed to go as far as the UK government had anticipated.

Johnson highlighted the fact that the deal has introduced some opportunities for potential imposition of tariffs in case the UK diverges notably from existing standards.

“All that’s really saying is the UK won’t immediately send children up chimneys or pour raw sewage all over its beaches,” the PM said. “We’re not going to regress, and you’d expect that.”

According to Johnson, the UK is unlikely to introduce its own tariffs, but any levies imposed by the EU “would have to be proportionate and approved by the arbitrator,” with Britain reserving the right revert to World Trade Organization trading terms.

He also said the UK could and would set its own path in such areas as free ports and low-tax trade zones.

“We want to see what we can take forward. We don’t want to diverge for the sake of diverging. But we’re going to want to do things differently where that’s useful for the British people,” the PM added.

The deal will be scrutinized and voted on 30 December, before the 1 January expiry of the current Brexit transition period.__RT.com

Hungary has become the first country in the European Union to give preliminary approval to the... more»

BRUSSELS: Turkey and the European Union were set to discuss the renewal of a 2016 migration... more»

The head of France’s main Muslim organisation on Thursday slammed a “unilateral” move by... more»

At least 32 people have been killed and 110 wounded in a rare twin suicide bombing that tore... more»

The office of the French President Emmanuel Macron has said he will not repent or apologise for... more»