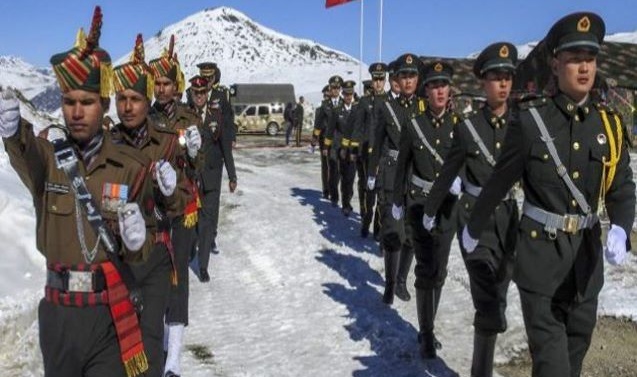 NEW DELHI: Indian and Chinese diplomats agreed on Friday to work towards an early end to the biggest confrontation between their troops in decades at their Himalayan border where 20 Indian soldiers were killed in June.

India’s Ministry of External Affairs (MEA) said commander-level talks in the last two months had led to “stability on the ground” and that more efforts would be made to restore peace.

The diplomats at Friday’s meeting concurred that the next round of talks between senior commanders should be held soon so that both sides could work towards “early and complete disengagement of troops” along the de facto border known as the Line of Actual Control.

Since the June killing of the Indian soldiers by Chinese troops using rocks and clubs, the nuclear-armed rivals have sent tens of thousands of troops to the rugged frontier between India’s Ladakh region and the Chinese Tibetan plateau.

Indian officials told Reuters last month that in a bid to ease the border tension, the neighbours were formulating a plan that involved creating no-patrol zones, pulling back tanks and artillery, and using drones to verify withdrawal from the confrontation site.

It was not immediately clear how the de-escalation efforts were playing out on the ground, but India has actively worked against imports of Chinese goods and their local businesses since the border conflict.

China, however, has surprisingly been buying more rice and steel from India.__Tribune.com