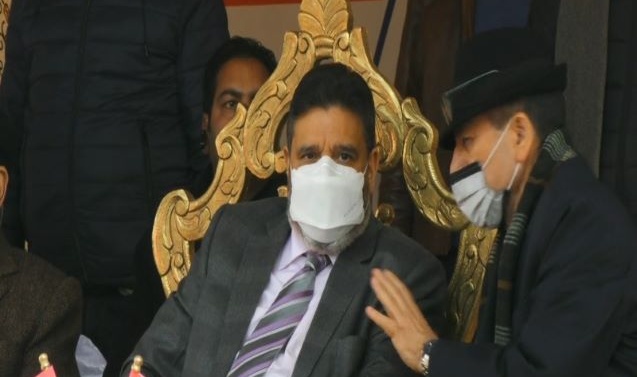 JKAP President, Altaf Bukhari on Tuesday said the massive participation of people in the ongoing District Development Council (DDC) elections in Jammu and Kashmir has shown it clearly that the polls and Kashmir issue are two separate things.

“This election has proved that the narrative set by these political parties (NC, Congress and PDP) that anyone who votes will be against the Kashmir issue. People have identified (displayed) that there is no connection with the movement and elections. And this is the biggest takeaway from this election and a win for the JKAP,” said Bukhari, while speaking to reporters on the sidelines of the party’s maiden rally at SK park in Srinagar.

He said that the people have realized that polls and the political issue of Kashmir are two different things.

Bukhari said that transporters, traders, hoteliers, houseboat owners and other sections of the society were a part of the party’s rally. “We wanted to show that we are with the various stakeholders of Kashmir,” he said.

Talking about the ‘progress’ of his own party, Bukhari said that JKAP was like a nine-month old baby. “We don’t claim that we will win a majority of seats in the DDC polls, but we will surely leave our mark and make our presence felt,” he said.

Bukhari also dubbed as ‘dramabazi’ the accusations of the political parties like the PDP and the NC that they were not allowed to campaign in the ongoing polls. “In Sogam area of Kupwara NC held a parallel rally when the Apni Party was there. I don’t think anyone is barred from holding any rally anywhere. This is not true,” he said.__GK News