Home / Kashmir / Kashmir -POK / Opposition to use rigging as excuse for their defeat in G-B polls: Shibli 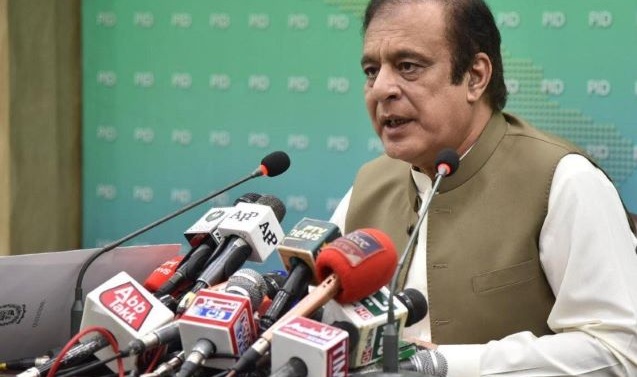 ISLAMABAD: Information Minister Shibli Faraz said on Saturday that allegations of pre-poll rigging hurled by opposition parties in the wake of November 15 elections in Gilgit-Baltistan had given an impression that they were finding an excuse for their “imminent defeat”.

Addressing a press conference in Islamabad, Shibli refuted the PPP and PML-N claims that attempts were being made by the PTI-led government to rig the Sunday polls.

On Friday, PPP chiarman Bilawal Bhutto Zardari had asked the institutions not to make G-B elections disputed, saying it will have deeper consequences with regards to national security of the country.

“The entire world is watching these elections. We cannot afford to have a rigged election in G-B. If the people’s vote is stolen then there could be protest and violence,” he remarked.

Shibli, in today’s news conference, assured the media that free and fair elections will held in G-B tomorrow, insisting that his party’s government strongly believed in transparency.

Over a dozen political and religious parties – including the country’s three major parties PTI, PML-N and PPP – are contesting the polls, scheduled to be held on November 15.

The people of G-B welcomed PTI because they wanted solutions to their problems, he said. “Previous governments have done nothing to solve problems in the last 10 years,” he added.

The minister also urged the media to cover the elections and remain vigilant amid the allegations of rigging.

He said that his party had urged the PML-N while it was in government for electoral reforms to remove lacunas in the existing system.

“There is a contradiction in the thinking of the PML-N leadership.”

On economy, the minister said that economic indicators are showing that employment and economy are heading into the right direction. “The price of petrol is decreasing, the future of the country is linked with [Prime Minister] Imran Khan,” he maintained.__Tribune.com