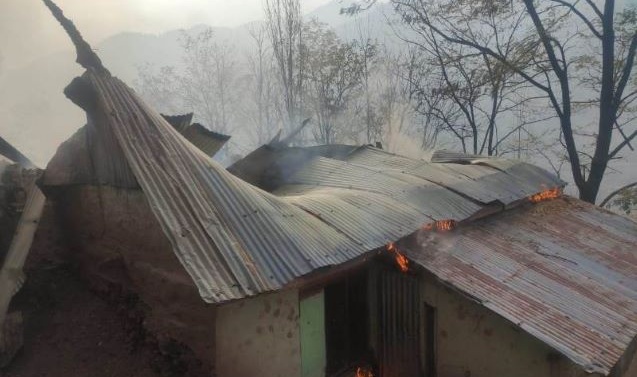 The Hurriyat Conference on Saturday said India and Pakistan should hold talks to resolve the Kashmir issue and to stop the “senseless bloodshed” of people along the Line of Control (LoC).

In a statement, the Mirwaiz Umar Farooq-led amalgam expressed grief and dismay at the escalation along the LoC in which several lives were lost on Friday.

“Hurriyat once again urges the government of India and Pakistan to give up belligerence and come to the table to resolve the J-K dispute for times to come and end the senseless bloodshed of humans on all sides,” it said.

It said the death of innocent Kashmiri civilians on both sides of the LoC, as well as soldiers of both the countries “caught in the lingering conflict” is very sad and shameful.

The armies of India and Pakistan targeted each other yesterday, leaving soldiers and civilians dead on both sides of the Line of Control.__GK News