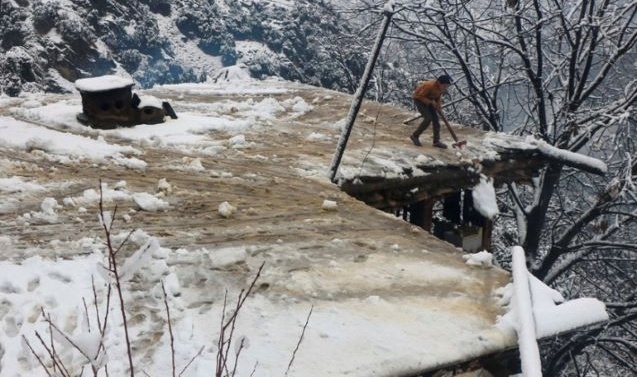 At least 10 civilians and five security personnel have been killed in cross-border shelling between India and Pakistan, in one of this year’s deadliest days along the heavily militarised frontier separating the nuclear-armed rivals, officials said.

Indian officials said six civilians, three soldiers and a border guard were killed on their side.

The Pakistan military said four civilians and one soldier were killed on the Pakistani side.

“Deaths and damage are being reported from across the Neelum Valley,” said Safeer Butt, the official.

Pakistan’s foreign ministry has summoned a senior Indian diplomat to protest against the killings in Pakistan-administered Kashmir by Indian shelling, according to a statement.

The Indian diplomat was summoned to the foreign ministry in the Pakistani capital Islamabad to “underscore[e] that such senseless acts are in clear violation of the 2003 Ceasefire Understanding, and against all established humanitarian norms and professional military conduct”, the statement said.

A day earlier, at least one Pakistani civilian, 55-year-old Muhammad Bashir, was killed due to Indian shelling the Rakhchikhri sector of Pakistan-administered Kashmir, about 80km (50 miles) southeast of the regional capital Muzaffarabad.

Three other civilians were wounded in Indian shelling in the village of Samni, roughly 150km (93 miles) southeast of Muzaffarabad, Pakistan’s foreign ministry said.

‘Continue to live in fear’

Muhammad Shakoor, 50, a resident of Balkote village in India-administered Kashmir, who lost three of his neighbours in Friday’s shelling, told Al Jazeera that “they continue to live in fear”.

“People only remember about us when we die. We live this death every day,” he told Al Jazeera over phone.

“The government is not providing us bunkers so that we could save ourselves during the shelling. We are caught between the bullets of two sides. Neither do we sleep nor we find any peace here”.

A ceasefire has been in effect since 2003 across the length of the Line of Control (LoC), which divides Pakistan-administered and Indian-administered Kashmir, but it is frequently violated by both India and Pakistan, with each routinely blaming the other for initiating hostilities.

Both countries claim the disputed mountainous territory of Kashmir in full, but administer separate portions of it. They have fought two of their three wars over the region since gaining independence from the British in 1947.

According to Pakistan’s foreign ministry, the ceasefire has been violated by India at least 2,729 times this year, resulting in 21 civilian deaths and serious injuries to 206 others.__Al jazeera