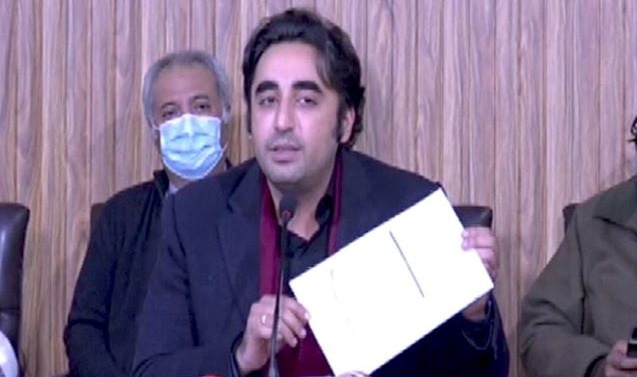 PPP chairman Bilawal Bhutto-Zardari on Friday termed a court order barring him from running his party’s campaign for the November 15 elections in Gilgit-Baltistan an “injustice”, but said he was bound to accept the verdict for the sake of the rule of law.

Addressing a press conference in Gilgit, Bilawal said the PPP had always demanded that it be given a level-playing field and free and fair elections should be held in Pakistan, adding that the party had hoped that the GB elections would be the “turning point” which would not result in allegations of unfair elections.

“But unfortunately, that is not what is happening,” he said, adding that attempts were being made to stop his party’s campaign from day one.

He accused the GB Election Commission of trying to create “a false dichotomy” and “false parallels” between him and members of the PTI-led government including ministers.

He said election laws were made to prevent the government from using state resources during elections but the leadership of political parties could not be stopped from campaigning “or it is a violation of our constitutional rights”.

Bilawal said after “an attempt was made to expel us from the region” through the judgement of a lower court, the PPP had approached a superior court to stop what “this injustice”.

He said although the appellate court had allowed him to stay in the region, he was barred from campaigning.

“Today was my campaign’s concluding rally where I was going to present my manifesto and thoughts before the people of GB … this right was taken away from me,” he added.

Terming the decision an “injustice”, Bilawal said his party had placed before the Supreme Appellate Court (SAC) of GB a 2015 Lahore High Court judgement which stated that the political freedoms of party leaders could not be hindered in any way.

The PPP leader said although one of the two judges ruled in their favour, saying he had the right to canvass because he did not possess executive powers, the second judge ruled that the same restrictions applied to him as they did on government ministers.

Because it was a split decision, Bilawal said the case should have been ultimately decided by a referee judge, “but sadly the chief justice ruled that his decision will hold because he is the senior judge”.

“I don’t agree with this judgement; I think this is injustice. But because PPP is the party that has enacted laws and set up courts, it is my duty to accept the judgement despite not liking it,” he said, announcing that he would no longer make speeches at rallies.

On Monday, the GB SAC had suspended the Chief Court’s verdict barring Bilawal, federal Minister for Kashmir Affairs and Gilgit-Baltistan Ali Amin Gandapur and other leaders of mainstream political parties from running their election campaigns in the region.

Bilawal on Friday said government ministers were violating the law in their election campaign and “openly declaring” that they would make available billions of rupees for the region if they were given the lead in the polls.

“I want to give them a message about the people of Gilgit-Baltistan. The people of GB are not for sale,” he said, adding that the people knew their rights and were politically aware and would foil the government’s attempt to “rig” the election.

He said the entire world had its eyes on the GB elections, adding that the PPP did not want the polls to become controversial “because we know what the consequences could be for the region’s national security”.

Bilawal said if the elections are not held in a free and fair environment, there will be protests and “fear of violence” in the region, a situation that he said could be very dangerous.__Dawn.com