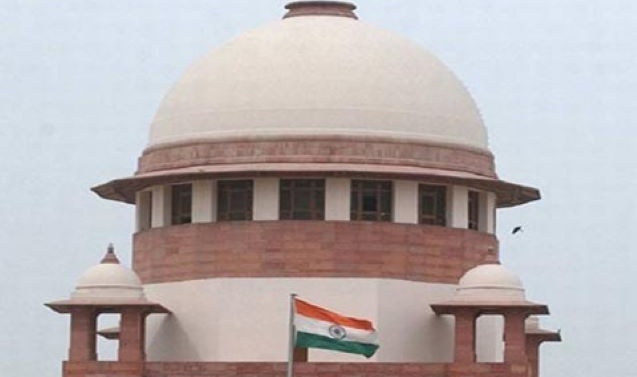 A plea has been filed in the Supreme Court seeking early hearing of a batch of petitions, challenging Centre’s last year’s decision to abrogate provisions of Article 370 saying that people of erstwhile state of Jammu and Kashmir are suffering as repeated internet shutdown and restrictions were continually damaging the economy.

The application said that mere passage of time and pendency of the present issues along with continuous enactments by the Centre and Jammu and Kashmir administration gives permanency to the August 5, 2019, decisions which has been challenged before the court by a batch of petitions.

“That it is further submitted that while the purported intent of the impugned order has continually been portrayed to have been for the betterment of the populace of the erstwhile State of Jammu & Kashmir, the truth remains that it is the very people who are presently suffering in the midst”, it said.

Shakir Shabir sought direction for listing of his petition along with others challenging the Centre’s decision to abrogate provisions of Article 370, which gave special status to Jammu and Kashmir before the duly constituted constitution bench for further hearing.

“Not only due to repeated internet shutdowns and reduced internet speeds have the students and businesses being suffering in Jammu and Kashmir, the impugned order and the slew of restrictions continually damage the economy as well as everyday life of the locals, who have been completely kept away from the entire process despite the fact that each change under the laws detrimentally effects the locals at an individualistic level,” his application said.

It said that several laws are being promulgated by the Centre and Jammu and Kashmir administration pursuant to the developments that have taken place on or subsequent to August 5, 2019.

“After passage of more than one year, all such actions that are being taken by the respondents shall also be rendered illegal and void should this Court, after consideration of the petitions so filed, deem the initial impugned order to be unconstitutional and void”, it said.

The application further said that “the mere passage of time and pendency of the present issues along with continuous enactments by the respondents also stands to risk giving permanency to the initial impugned order dated August 5, 2019, which has been challenged in several petitions”.

The application said that subsequent to Centre’s decision of August 5, 2019, and in the absence of any stay with regard to the same, the respondents (Centre and Jammu and Kashmir administration) are continually proceeding ahead with further changes in laws concerning the erstwhile State, which has now been split into two Union Territories of Jammu and Kashmir and Ladakh.

On March 2, the top court had declined to refer to a larger 7-judge bench a batch of petitions challenging the constitutional validity of the Centre’s decision to abrogate provisions of Article 370 on August 5 last year.

A number of petitions have been filed in the apex court including those of private individuals, lawyers, activists and political parties and they have also challenged the Jammu and Kashmir Reorganisation Act, 2019, which splits J&K into two Union Territories — Jammu and Kashmir, and Ladakh.

On March 2, the top court had said that the schedule of hearing on the batch of petitions challenging the validity of abrogation of provision of Article 370 would depend on the hearing by a 9-judge bench in the Sabarimala case, which was expected to start after the Holi break. However, after the Holi break, the top court had restricted its functioning due to COVID-19 pandemic and nationwide lockdown, only urgent matters were heard virtually.

On November 14, 2019, the top court had refused to pass any interim order on a batch of pleas challenging the constitutional validity of the Centre’s decision saying that any interim order might lead to delay in the matter and the apex court would settle all the issues at one go after hearing all the parties.

The top court had on October 1, 2019, put an embargo on filing any fresh writ petition challenging the constitutional validity on abrogation of Article 370.

On August 28, 2019, the top court had said that its five-judge Constitution bench will be examining a batch of pleas challenging the Centre’s decision to change the constitutional status of Jammu and Kashmir.