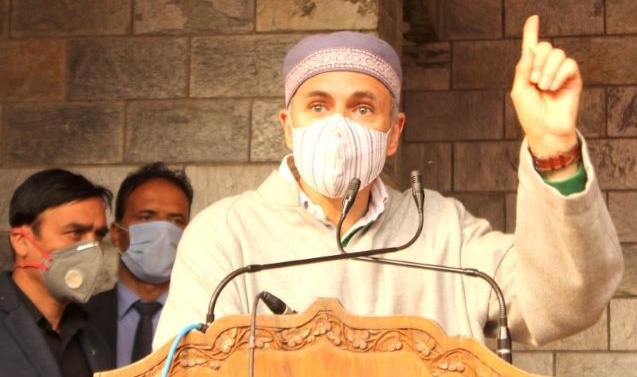 Former J&K Chief Minister and National Conference vice-president Omar Abdullah on Thursday said he wished that all the political parties would have united earlier so that they wouldn’t have to see this day while referring to amended land laws that allow non-state subjects to buy land in Jammu and Kashmir.

“I regret it,” said Omar while addressing the NC workers at the party headquarters in Srinagar.

He said that the government of India has left no stone unturned to weaken and divide Kashmiris. “Now, our fight is to defend ourselves, our identity and our future,” he said.

He said the political situation prevailing in the valley and the nefarious designs plotted are the results of ploys made by the Centre to weaken the voice of Kashmiris.

“No matter whoever in Delhi says that they have integrated Kashmir successfully with India, Kashmiris are still being discriminated against.”

Omar slammed the centre and said that outsiders are restricted to purchase land in many states of India. “But the centre had its eyes on the land and other resources of J&K,” Omar said.

“Why are we termed as anti-national and terrorists when we are only trying to defend our land and our rights,” he said.

He said that “the mainstream politicians have always followed the footsteps of Delhi and sought peaceful means to solve the Kashmir issue but today they have disowned us and termed us anti-national. If they want us to leave mainstream politics, they should clearly state it.”

He said, “Yesterday the party leaders in Jammu were allowed to carry out a peaceful protest but today the workers of the same party were stopped and detained in Kashmir. This is hypocrisy.”

Omar said, “This fight is not for one week or one month but will go on for a long time and no one knows how many people will lose their lives during the process. If we are defeated in this fight then we will be left of nowhere.”__GK News