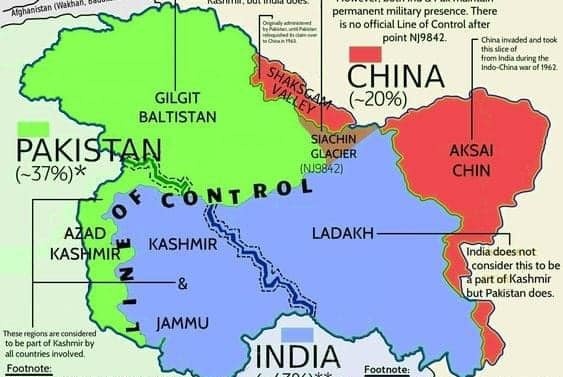 The government in the India-administered regions of Jammu and Kashmir Wednesday extended its ban on high-speed internet in 18 of the 20 districts of these regions.
The ban, which began in August of 2019 when India downgraded Jammu and Kashmir from statehood to union territory status, is now set to last until November 12, 2020 “unless modified earlier.” It restricts internet connectivity to 2G speed for mobile devices in all but the districts of Ganderbal and Udhampur yet places no speed-related restriction on fixed-line internet connectivity.
The government stated that the ban was “absolutely necessary [in] the interest of the sovereignty and integrity of India, the security of the State and for maintaining public order.”
It argued that the ban was necessary to prevent “anti-national elements” from misusing high-speed connections to carry out “activities inimical to the public order” besides “misleading the youth to join terrorist ranks.”
It also claimed that the ban posed no hindrance to COVID-19 control measures, access to educational programs or business actives. Organizations like the Jammu-Kashmir Coalition of Civil Society have nonetheless reported that the ban has had a severe impact on businesses, education and press freedoms.
Opponents of the ban have described it as a “digital apartheid”, viewing the ban as “collective punishment” against the Kashmiris for the political protests and mobilizations that took place in the region and as censorship aimed at preventing news of Kashmir from reaching the world.
Several human rights groups have urged India to restore full internet access in these regions.