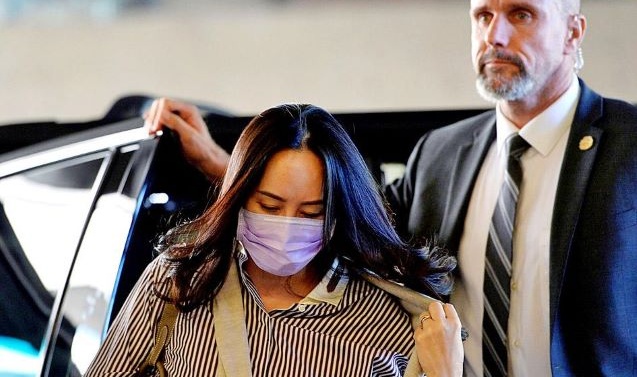 OTTAWA: A top Chinese diplomat on Thursday warned Canada against granting asylum to Hong Kong pro-democracy protesters, adding that doing so could jeopardize the “health and safety” of Canadians living in the southern Chinese financial hub.

Cong was responding to reports that a Hong Kong couple who took part in last year’s huge and sometimes violent protests had been granted refugee status.

The landmark decision makes it likely that other Hong Kongers would be given sanctuary in Canada, which has emerged as a top destination for those fleeing Beijing’s crackdown.

When asked by reporters if that latter comment was a threat, Cong said: “That’s your interpretation.”

“I have instructed Global Affairs to call the ambassador in to make clear in no uncertain terms that Canada will always stand up for human rights and the rights of Canadians around the world,” he said in a statement carried by the Globe and Mail and other Canadian news outlets.

China and Canada are marking 50 years since they forged diplomatic ties — but those relations are deeply strained.

Meng was arrested on a US warrant in December 2018 during a stopover in Vancouver and is charged with bank fraud related to breaches of US sanctions against Iran. She has been fighting extradition ever since.

Western governments see the detention of the Canadians as direct retaliation by Beijing.

On Tuesday, Canadian Prime Minister Justin Trudeau hit out at Beijing for what he said was its “coercive diplomacy,” as well as the ongoing crackdowns in Hong Kong and on Uighurs in Xinjiang.

Cong rejected Trudeau’s comments, saying: “There is no coercive diplomacy on the Chinese side.”

“The Hong Kong issue and the Xinjiang-related issue are not about the issue of human rights. They are purely about internal affairs of China, which brooks no interference from the outside,” he added.__Taipei Times

Cyprus has filed its first criminal prosecution in a controversial passport-for-investment scheme... more»

Ireland shuts down health service IT systems over ‘ransomware attack’

Ireland’s health service said however that vaccinations were not affected and were going... more»

‘It’s not over,’ Netanyahu says, as Israel continues to pound Gaza with airstrikes

NEW DELHI: The number of recorded COVID-19 infections in India climbed above 24 million on Friday... more»

Greece has launched its tourist season, lifting most remaining restrictions on movement and... more»

A total of 97 irregular migrants on a rubber boat which was about to sink off in the Eastern... more»

Armies of India and Pakistan on Thursday exchanged sweets and pleasantries on the occasion of... more»

At least 11 civilians were killed and 13 others wounded in four separate bombings in Afghanistan... more»

Two men detained by immigration officers in Scotland have been released from a police van to huge... more»