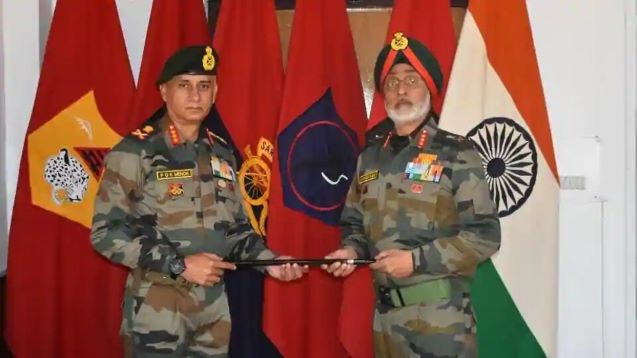 India and China agreed to continue with the dialogue process to arrive at a mutually-acceptable solution for early disengagement in the eastern Ladakh theatre, the two sides said in a joint press statement, a day after the seventh round of talks between senior military commanders on Monday at Chushul.

The two sides said they had a better understanding of each other’s position in the sensitive sector after the latest round of talks, even as the border row is in its sixth month and efforts to disengage and de-escalate have made no breakthrough. Both sides talked for more than 12 hours on Monday.

“The two sides had a sincere, in-depth and constructive exchange of views on disengagement along the Line of Actual Control in the western Sector of India-China border areas. They were of the view that these discussions were positive, constructive and had enhanced understanding of each other’s positions,” said the statement.

India and China have deployed more than 50,000 soldiers each along with advanced weapons and systems in the eastern Ladakh theatre. Even as talks at military and diplomatic levels are on, the Indian Army and the People’s Liberation Army have made preparations for a long haul in the sector.

The statement said both sides “agreed to maintain dialogue and communication through military and diplomatic channels” to resolve the border row.

“Both sides agreed to earnestly implement the important understandings reached by the leaders of the two countries, not to turn differences into disputes, and jointly safeguard peace and tranquility in the border areas,” the statement added.

Monday’s talks took place weeks after China hardened its position and asserted that it recognises the 1959 LAC, which has never been accepted by India. China’s hardened stance has dimmed hopes for an early resolution of the border row.

In his farewell message, Singh conveyed his gratitude and appreciation to all ranks of the ‘Fire & Fury Corps’ for their professionalism and steadfast dedication in the most hostile terrain, weather and altitude challenges faced by any army in the world, an army spokesperson said.

Menon asked the men under his command to discharge their duties with the same commitment and zeal, and always be prepared to deal with any threat to national security, the spokesperson said.

The sixth round of military talks was held on September 21 when Indian negotiators firmly demanded comprehensive disengagement at all friction areas and restoration of status quo ante of early April as the only approach towards de-escalation. On the other hand, China asked India to withdraw its soldiers from strategic heights on the southern bank of Pangong Tso to reduce friction.__Hindustan