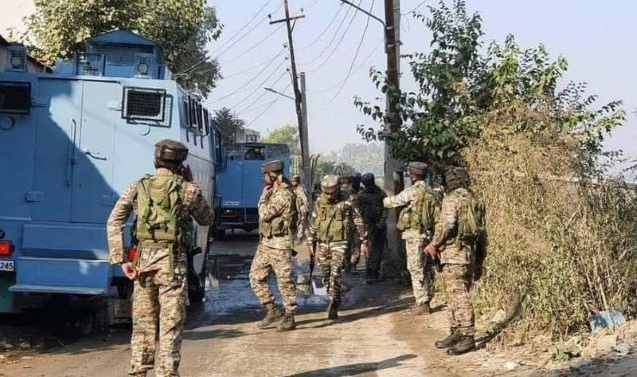 Top commander of Lashker-e-Toiba, Saifullah has been killed along with a local militant in a gunfight with the security forces in Rambagh Barzulla area of Srinagar, police said today.

Inspector General of Police Kashmir Vijay Kumar told news agency GNS that both the militants who were trapped in the area have been killed.

Earlier, the IGP Kashmir told reporters that Pakistani militant Saifullah was trapped in the area along with a militant from south Kashmir.

He said that militants were offered surrender as part of the SOP but they refused.

Saifullah, who was affiliated with Lashkar-e-Toiba, was blamed for the attack on a CRPF party in Nowgam area of Srinagar last week, leaving two troopers dead and three others wounded. He was also blamed for the Chadoora attack, in which a CRPF ASI was killed.

The gunfight broke out in Rambagh early today after the police and security forces launched a search operation there following inputs about the presence of militants.

As the forces approached the suspected site, the militants opened fire, which was retaliated by the security forces, said an official.__GK News