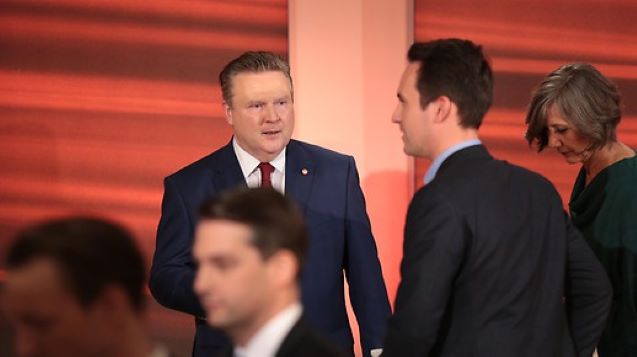 The Austrian Green party obtain 12.21% votes with a plus of 0.37%. The Austrian Peoples Party (ÖVP) wins more then double since the last election and they reached on the 2nd position with 18.49% with a plus of 9.25% of counted votes.

However no party is in the position to build the city government alone and SPÖ needs a coalition partner to run a government. According to the report, over 50% of SPÖ voters and almost 100% Green Party voters wish a continuation of Red-Green government in Vienna.

The Chief Minister and Mayor of Vienna Mr Michael Ludwing expressed his satisfication and gratitude for the excellent success of his party. He find himself in a much better position for the constitution of new government and is ready to have a discussion for the next government with Green Party, with ÖVP and with NEOS.

However he excluded the Right-Wingh Freedom Party (FPÖ) and the Liste HC Strache as a possible coalition partner even before the election.

The FPÖ faces historic defeat and reached to its lowest election result since decades due to the Ibeza Scandal, corruption and internal differences.

The postal ballots are under under counting and a final result is expected on Wednesday morning to determine the exact number of seats for each party in the 100 members Assembly and 23 District Mayors of Vienna.