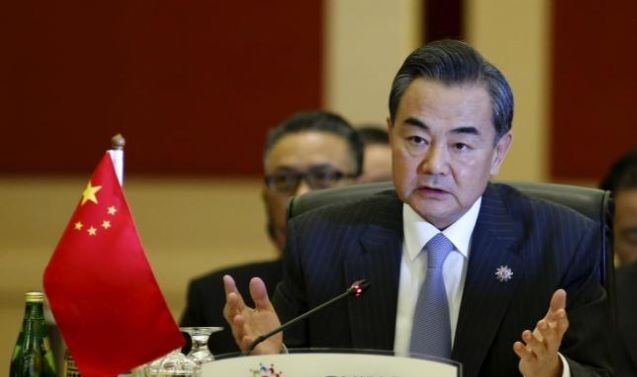 BEIJING: China’s foreign minister Wang Yi has called for a new forum to defuse tensions in the Middle East after a meeting with his Iranian counterpart where he reiterated Beijing’s support for Tehran.

Wang and Javid Zarif also reaffirmed their commitment to Iran’s 2015 nuclear deal with world powers, according to the Chinese foreign ministry, an implicit rebuke of the United States for abandoning the accord during their Saturday meeting in China’s southwestern Tengchong city.

Iran has been locked in an acrimonious relationship with Saudi Arabia, the other major Middle Eastern power, over the war in Yemen, Iranian influence in Iraq and Saudi support for Washington’s sanctions on Tehran.

The forum would “enhance mutual understanding through dialogue and explore political and diplomatic solutions to security issues in the Middle East”, the statement added.

Wang added that support for the Iranian nuclear deal, negotiated by the Obama administration but ultimately abandoned by Donald Trump, would be a precondition of entry to the forum.

Zarif said on Twitter his “fruitful talks” with Wang amounted to a rejection of “US unilateralism” and had also focused on strategic ties and collaboration on the development of a coronavirus vaccine.__Tribune.com