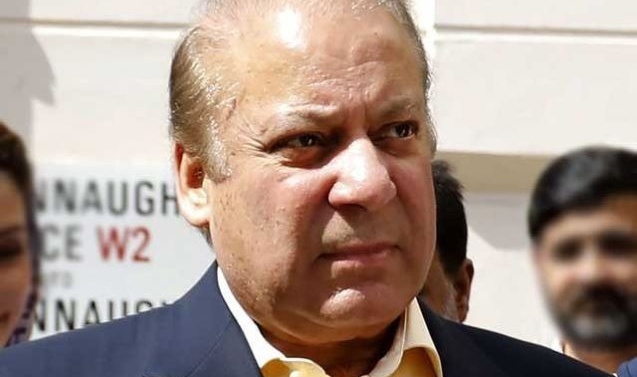 LAHORE: Former prime minister Nawaz Sharif and other PML-N leaders were booked for ‘conspiring against the state and its institutions’ by Punjab authorities on Monday.

The text of the FIR stated that Nawaz had conspired against Pakistan’s prestigious institutions by making provocative speeches while being in London. The purpose of those speeches was to declare Pakistan a ‘state of hooligans’, the FIR claimed.

A day earlier, on October 4, Captain (retd) Muhammad Safdar – the son-in-law of the PML-N supreme leader Nawaz Sharif – was booked under sedition charges for “provoking the people against the state and its institutions.”

An FIR was registered against Safdar and a Punjab Assembly lawmaker from the PML-N, Imran Khalid Butt, in a police station at Gujranwala’s Satellite Town.

According to the FIR, Captain (retd) Safdar had threatened to “oust the government through protests”. He also allegedly provoked people against the state and its institutions.

Safdar had announced that if authorities refused to give permission to the PML-N to hold a rally in Gujranwala on October 16, he would force them into giving the permission, the FIR claimed.

Responding to the registration of the FIR, PML-N spokesperson Marriyam Aurangzeb, while denouncing the charges, said they were “evidence of how baffled Prime Minister Imran Khan is”.

She maintained that the “people of Pakistan had already nominated the premier in a case of treason through their mandate, constitution and national interests”. The spokesperson termed the FIR an indication of the end of the “selected government’s” reign.

Aurangzeb asserted that the “truth cannot be suppressed by false cases of treason”. “Political opponents, and all those raising their voices for the rights of the media, human rights, constitution and democracy are being labelled as traitors,” she added.__Tribun