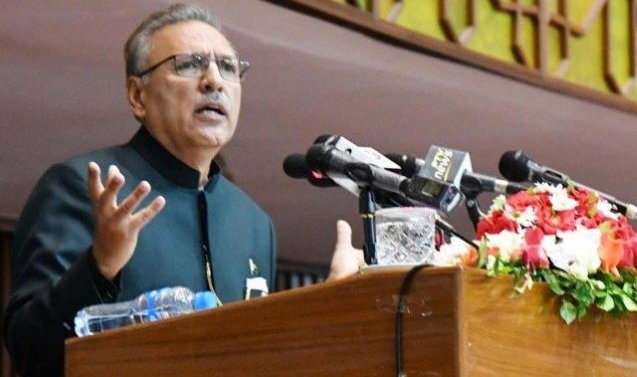 ISLAMABAD: General elections for the Gilgit-Baltistan (G-B) Legislative Assembly will be held on November 15, according to a summary approved by President Dr Arif Alvi on Wednesday.

The summary was sent by Prime Minister Imran Khan.

There are 33 seats in the G-B Legislative Assembly, out of which three are reserved for technocrats and six for women.

Elections are to be held for the remaining 24 seats. More than 700,000 people will cast their votes, of which about 45 per cent are women.

This is the first time a woman has been allowed to stand for the elections from the G-B Assembly.

On September 17, the government decided to elevate G-B to the status of a full-fledged province with all constitutional rights, including its representation in the Senate and the National Assembly, Minister Kashmir and Gilgit-Baltistan Affairs Ali Amin Gandapur said.

The minister said that the premier would soon visit the region and make the formal announcement in this regard. He added that Gilgit-Baltistan would be given adequate representation on all constitutional bodies, including the National Assembly and the Senate.

However, Gandapur emphasised that after the grant of constitutional rights, the subsidy and tax exemption on wheat given to the region would not be withdrawn. “Until the people there stand on their feet, they will continue to enjoy this facility,” he added.

The minister said that deprivation of the people of Gilgit-Baltistan of 73 years would come to an end. Besides the constitutional rights and the provincial setup, the minister added, important steps were also being taken for the development of the region.

It was reported that the proposal to make G-B a new province was agreed upon in the meeting.__Tribune.com