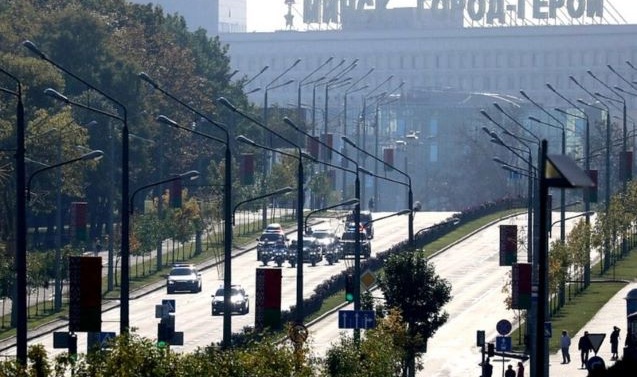 Belarus President Alexander Lukashenko, whose re-election in a disputed poll last month led to weeks of mass protests, has been inaugurated for a sixth term in an unannounced ceremony.

Streets were sealed off as Mr Lukashenko’s motorcade raced through the city, witnesses said.

One opposition politician likened the event to a secret “thieves’ meeting”.

Instead, state news agency Belta reported on Wednesday: “Alexander Lukashenko has taken office as President of Belarus. The inauguration ceremony is taking place in these minutes in the Palace of Independence.”

Mr Lukashenko, who has ruled the former Soviet republic for 26 years, said Belarus needed security and consensus “on the brink of a global crisis”, an apparent reference to the coronavirus pandemic, Belta reported.

“I cannot, I have no right to abandon the Belarusians,” he added.

How has the opposition reacted?

His main political rival, Svetlana Tikhanovskaya, who fled to neighbouring Lithuania amid mass arrests, said Mr Lukashenko “after today is neither a legal nor a legitimate head of Belarus”.

Fellow opposition politician Pavel Latushko posted on social media: “Where are the jubilant citizens? Where is the diplomatic corps?”

“It is obvious that Alexander Lukashenko is exclusively the president of the Omon (riot police) and a handful of lying officials.”

He called for “an indefinite action of civil disobedience”.

“Starting from this very day, he [Lukashenko] officially becomes a bandit and fraudster who is not recognised anywhere in the civilised world,” the channel said.

Meanwhile, Lithuanian Foreign Minister Linas Linkevicius described the inauguration as a “farce” and “illegitimate” on Twitter.__BBC